Milan have already been very active on the transfer market and while it’s important to be well-prepared, it could also be interesting to take a look at the Euros. You never know, a good tournament could raise a player’s stakes.

Therefore, we decided to take a look at five players that the Rossoneri perhaps should follow with a bit more interest this summer, obviously based on what they need. Without further ado, down below are our picks.

Perhaps the best young full-back in Ukraine is Dynamo Kyiv’s Vitaliy Mykolenko. The left-back has been in top form for his club over the past three seasons and has been rewarded with a position in his country’s starting eleven.

Mykolenko is a defensive-minded left-back who rarely swings in crosses or ventures into the attacking third. He brings a consistent level of passing to his club, and he is a valued component of Kyiv’s build-up play in the midfield. Defensively, he excels at tackling and pressuring, and effectively neutralized France’s Ousmane Dembele and Kingsley Coman in a recent World Cup Qualifying match. 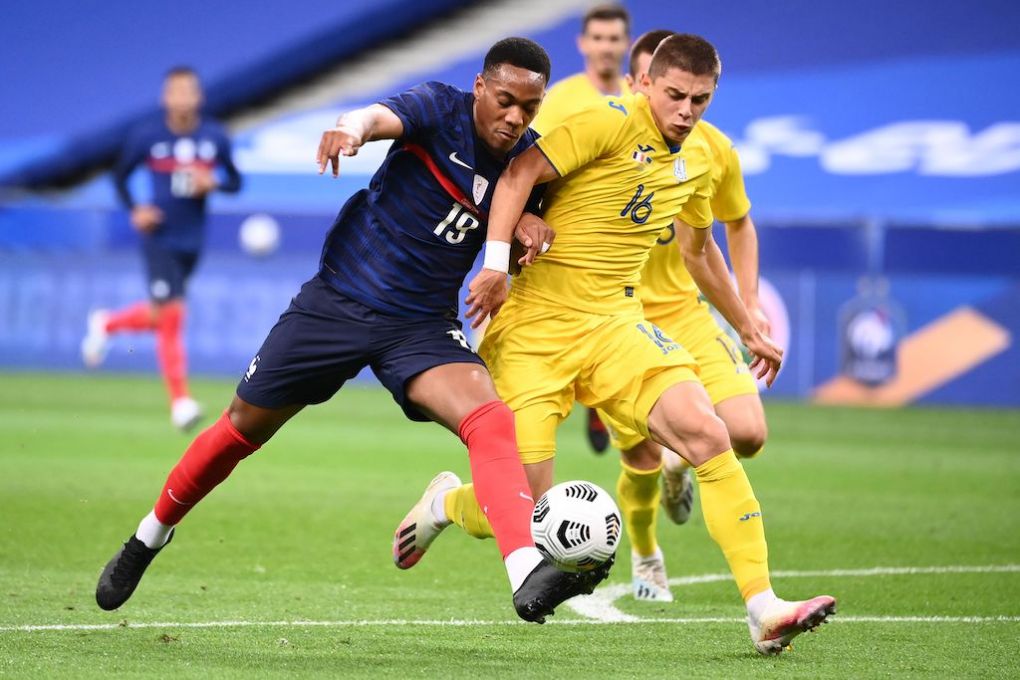 The Ukranian’s biggest flaw is his poor positioning. Mykolenko often fails to drop back into the backline, which can leave a critical opening in Kyiv’s defence on the left channel, as the club usually operates without a holding midfielder who can play deep. When he is on the backline, he occasionally drifts too far wide, leaving a significant gap between himself and the centre-back, which can be easily exploited by a speedy second striker or winger.

Ukraine, drawn alongside the Netherlands, Austria and North Macedonia, finds itself in the weakest group in the Euro 2020. Mykolenko will have a perfect opportunity on an international stage to prove that he belongs at a bigger club.

Despite being just 26, Sassuolo’s superstar has played professionally for 9 seasons, appearing in 275 league matches and recording 97 goals and 60 assists. Berardi is incredibly versatile and is capable of playing as a midfielder, winger or striker.

Roberto Di Zerbi usually deploys Berardi on the right wing where he is capable of playing in dangerous crosses with his right foot. However, the midfielder prefers to cut inside on his left and unleash his brilliant shot or find an open teammate in an advanced position.

Berardi would be a signing of the highest quality for Milan. He has proven to be one of the most dynamic playmakers in the Italian top flight and is long overdue for a move to a bigger club.

Roberto Mancini will rely on the Sassuolo man to play an important role in Italy’s offense at the Euro 2020. The starting right-winger in his 4-3-3, Berardi will have ample opportunity to showcase his attacking talent as the Azzurri look to win their first tournament since the 2006 World Cup.

The son of the Celtic legend and current Barcelona assistant manager Henrik Larsson, Jordan Larsson is an ideal choice to fulfil Pioli’s wish for a young striker. The Swedish forward scored 15 goals last season for Spartak Moscow and has recently drawn the interest of Borussia Dortmund.

Larsson chiefly plays as a second striker, but he has also made several appearances as an attacking midfielder for his club. The soon-to-be 24-year-old embodies the modern striker, constantly rotating through attacking positions from the left-wing to the right-wing. The Swede alternates from pushing high against the opposing backline to exploiting space between the midfield and the defence, similar to the style of a false nine. 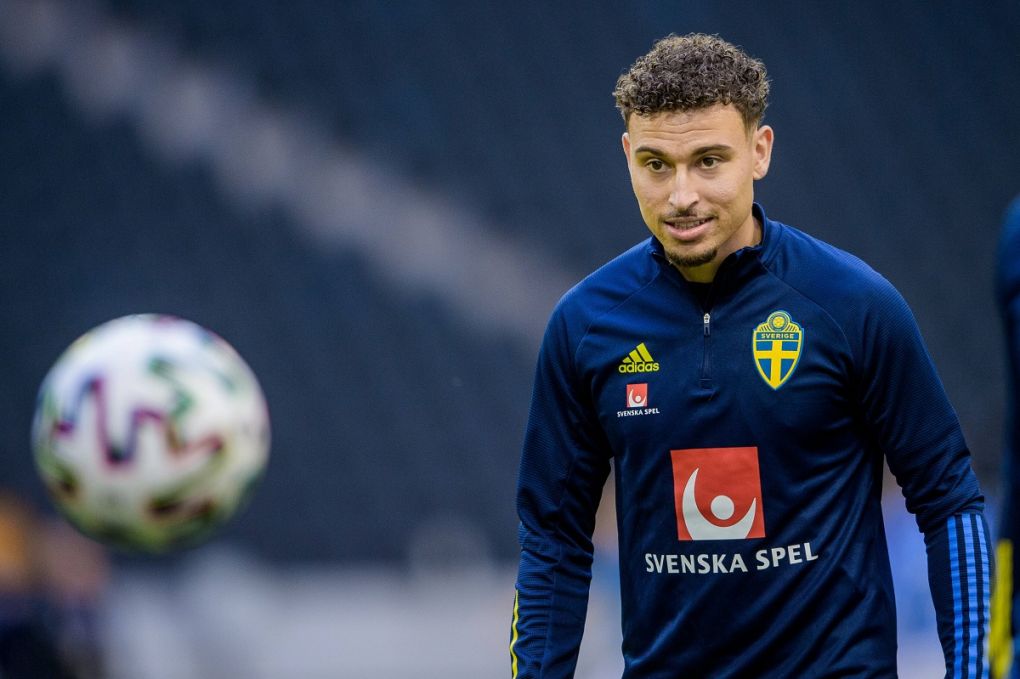 Possessing a powerful and accurate shot, Larsson is unafraid to shoot from long-range and is Moscow’s primary option to take free-kicks. He is incredibly intelligent about his positioning and is adept at finding space in the attacking third and in the centre of the pitch.

The young striker took Zlatan Ibrahimovic’s spot on Sweden’s Euro roster, but will likely only see the field in relief of Dejan Kulusevski or Marcus Berg. His country will have to overcome Poland, Spain and Slovakia in order to advance past the group stage for the first time since 2004.

Austria’s youngest and arguably most talented player is Christoph Baumgartner, a central attacking midfielder who burst onto the Bundesliga scene as a 20-year-old.

Baumgartner is a highly-skilled dribbler who records a high rate of shot-creating and
goal-creating actions in open play. When not playing centrally, he has been deployed by his club and country as a left-winger, though he still tends to cut inside towards the centre of the pitch from this position.

The 21-year-old’s biggest weaknesses are his passing accuracy and lack of pace. Baumgartner often struggles to complete even short-range passes and could be even more effective if he fixed this facet of his game. Dispossessed 1.91 times per 90, the young midfielder is often caught from behind and needs to become more aware of oncoming defenders.

Baumgartner would be a development project for the Rossoneri, not unlike Brahim Diaz or Jens Petter Hauge. He is best-suited to come off the bench as a number ten or as a box-to-box replacement for Franck Kessie.

In a squad brimming with ageing Bundesliga veterans, Baumgartner has an opportunity to raise his profile as a bright young prospect at the European Championship. Austria has struggled so far in 2021, winning only against the lowly Faroe Islands, and the country’s hopes of escaping Group E may hinge on Baumgartner’s performance.

A perfect candidate to replace Soualiho Meite in the midfield is Switzerland international Djibril Sow. Since his poor debut season with Frankfurt in 2019/20, the 24-year-old has earned a starting spot as a result of his high-level defensive play.

Sow is a defensive, physical midfielder who commits and draws a plethora of fouls. He has a high rate of successful tackles and pressures and is effective at playing accurate long-balls from the back. Much like Ismael Bennacer, Sow contributes offensively by creating build-up play with progressive passes from the defensive third. 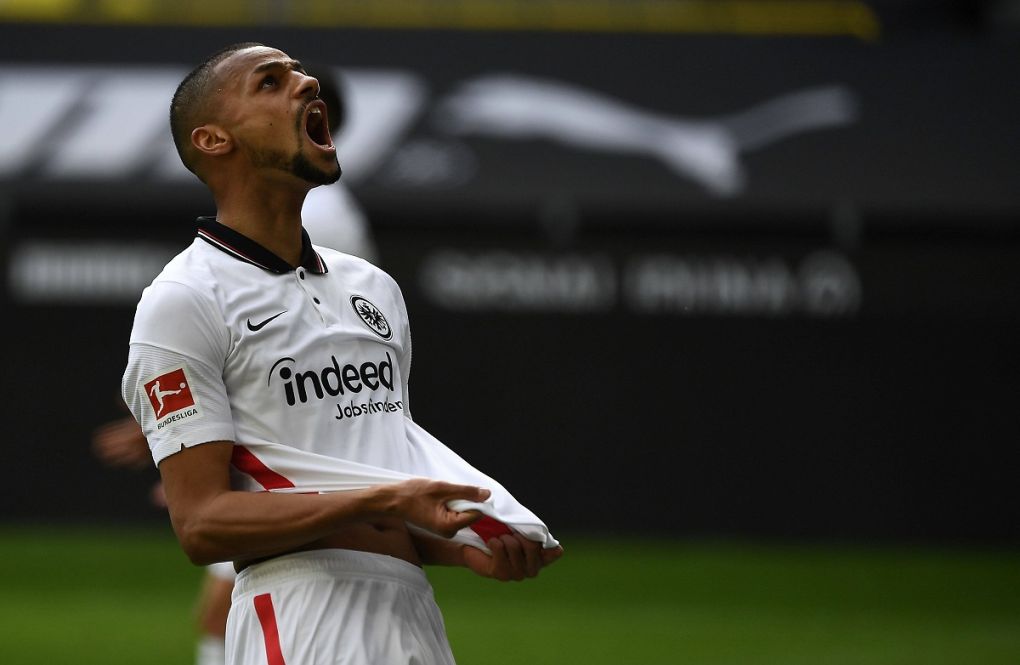 Sow would be a cheap upgrade over Meite and could provide Milan with quality minutes when called upon. With Ismael Bennacer struggling with injuries and Sandro Tonali not yet meeting lofty expectations, Milan desperately needs another consistent presence in the defensive midfield.

Armed with a variety of top-level players, Switzerland have a straightforward path to second and certainly can challenge Italy for first-place in Group A. Sow is not going to factor into his country’s starting eleven, but he will certainly see time off the bench as a primary substitute.

READ MORE: Exit of unwanted duo should guarantee €15m for Milan to reinvest