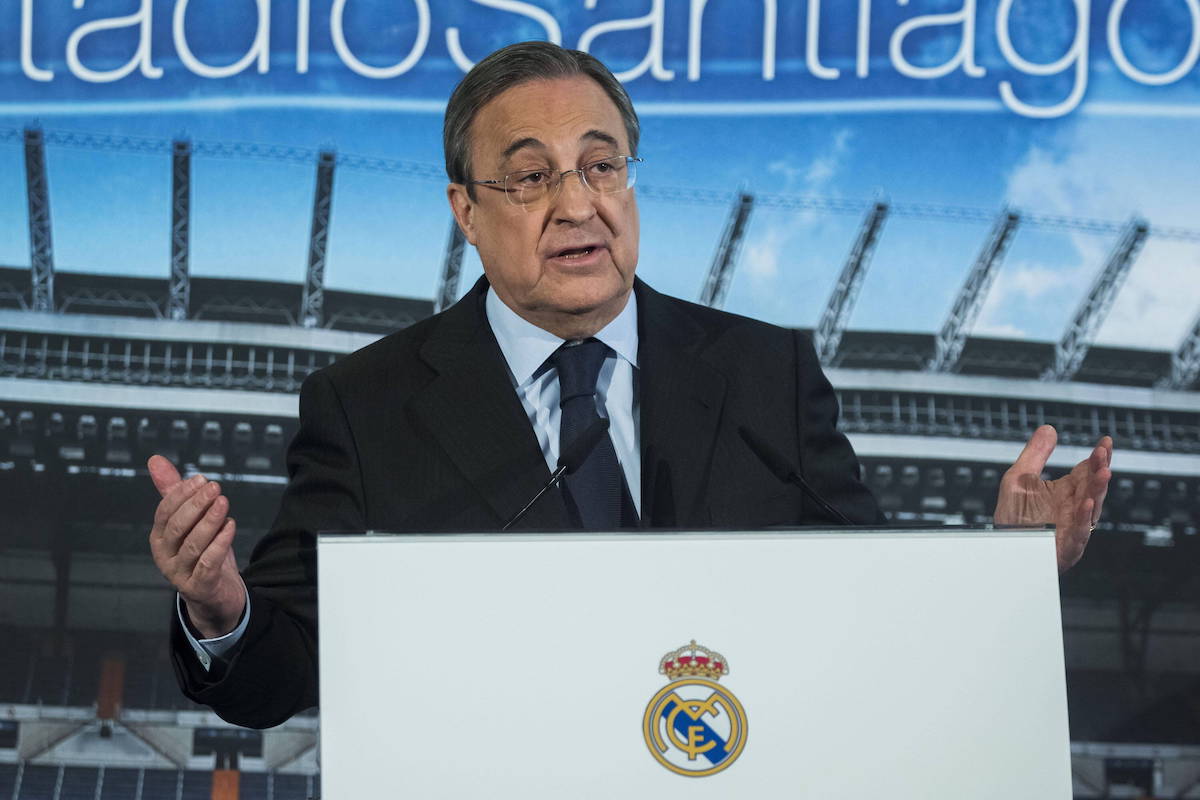 Real Madrid president Florentino Perez has claimed that the new Super League project will ‘save football’ and even suggested it could extend beyond Europe.

The Super League said the founding clubs had agreed to establish a “new midweek competition” but that teams still plan to “compete in their respective national leagues” – though it is unknown whether that will actually be an option.

In an article for LaGalerna, Paul Tenerio answered a lot of the key questions related to the competition such as why it was founded, the format, the money involved and what it hopes to achieve.

On Monday night, Perez spoke tonight in El Chiringuito to talk about the Super League, and he made a number of bold statements about the current state of the sport.

“With the Super League instead of the Champions League we will be able to cover the losses due to the crisis. The most important clubs in Europe must find a solution to the bad situation we are experiencing,” he said (via MilanLive).

“We at Real Madrid have lost a lot of money and are in a critical condition. When the only source of profit is TV, you have to find ways to change and the only solution is to play more competitive games during the week and attract more interest. The Super League will save all clubs financially. Everyone has said that it is a League for the rich, but it is not like that.”

Florentino also stressed a lot the idea that football must adapt to the current times.

“Football must evolve, like everything. We are losing appeal and we have to adapt to the times and answer new questions. Football is global, but we got to think about the fact that young people have lost interest in football. This happens because there are so many uninteresting matches. There are new ways to see games, new platforms. We have a duty to make this sport more attractive.”

The launch of the project was accompanied by the idea that there will be 15 founding members, although only 12 were named. Perez was asked about where the other three clubs might come from.

“We also invited Roma, Porto, Ajax and the Paraguayans of Olimpia. PSG? Who can tap 355 million today? We are not all sheikh. Now we have to discuss with UEFA about the 5 places available in the Super League. They worked on the new format of the Champions League but I don’t understand it.

“UEFA is a monopoly but it must be more transparent. Football is in grave danger and we want to save it in the next 20 years. With the Super League we will earn a lot more. If we continue like this, by 2024 we will be dead.”

Florentino Perez then reassured the players on the national team issue and above all on the exclusion from their leagues.

“No club will be ousted,” he said. Furthermore, according to him there is no danger that Real, City, Chelsea, Arsenal and Manchester United will be kicked out of the current Champions and Europa League: “I’m sure this will not happen.”