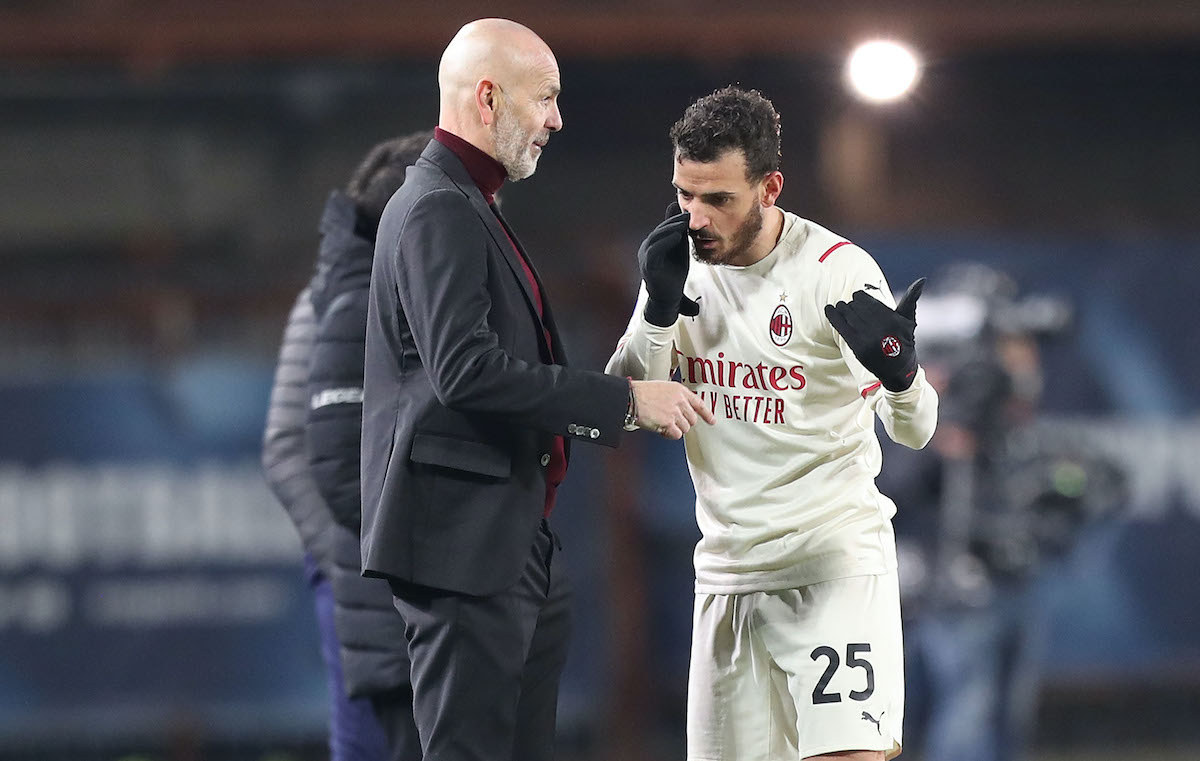 Florenzi discusses his free-kick and dressing room role: “They tell me that I talk too much”

AC Milan defender Alessandro Florenzi is relishing in his potential new role as the free-kick taker after he got his first goal for the club last night during the 4-2 win over Empoli.

Franck Kessie rewarded the faith of head coach Stefano Pioli playing him in a more advanced possession as he fired the Rossoneri into a half-time lead with a brace either side of Bajrami’s equalising goal.

Two more goals came after the interval with Florenzi netting his first for the club via a sweetly taken free-kick and Theo Hernandez’s close range finish adding some icing to the cake, but a late penalty from Andrea Pinamonti made it a two-goal win

Florenzi spoke during an interview with DAZN after the game to reflect on the result and the performance, starting with what went through his mind in the build-up to scoring the free-kick.

“I was lucky enough to have players with whom you could not even show up to the ball, passing through Roma, Valencia and Paris. Here we have 2-3, we are trying them a lot in training. I’m happy with the team’s performance and we are enjoying these three points,” he said (via MilanNews).

On the target: “We want to stay there, trying to have an improved game compared to last year. We are a point below, but we want to improve to try to write an important page in the history of Milan.”

On what he brought to the locker room: “I brought the chat, they tell me that I talk too much… But that’s how I am. I try to bring my experience, to play down in difficult moments. Our young people improve day by day, keeping this attitude we will take many steps forward.”

On his 2021: “I won the European Championship with the national team, I have lived good pages in my career. But you can always ask for better: I hope next year will be even better.”