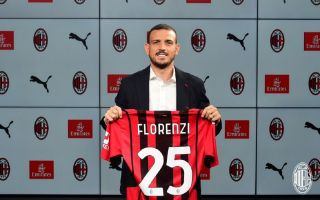 Florenzi on adding experience at Milan: “There’s Kjaer, Ibra, Giroud and now me”

Alessandro Florenzi has been announced by AC Milan and the Italian international spoke to several media outlets earlier today. In addition to the presentation, he also had a more intimate chat with MilanTV.

The Rossoneri have secured Florenzi on a one-year loan with an option to buy from Roma, following a few weeks of negotiations. It’s pretty clear what the signing means for Milan, as the 30-year-old won’t just be a deputy.

In fact, he will also add some much-needed experience to what overall is a very young squad. In the interview with MilanTV, which you can watch here, Florenzi highlighted the fact that he will be one of the more experienced in the team.

“I feel that I’m now a man with experience even though I’m only 30. I have taken part in many important things and it’s that experience I want to bring to Milan. There’s Kjaer, Ibra, Giroud and now me,” he stated.

Florenzi took part in his first training session with the team earlier today and it remains to be seen if he will be called up on Monday. He doesn’t have 90 minutes in his legs, that’s for sure, but he might be ready to make the bench.

READ MORE: Chelsea man Ziyech remains a dream for Milan to probe in the final days