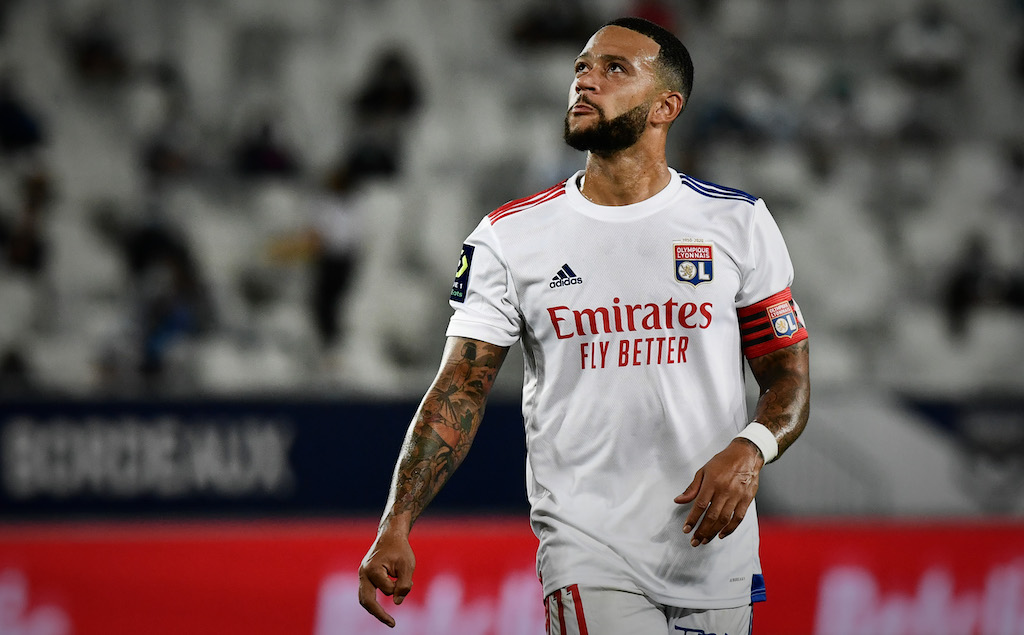 FootMercato: Lyon striker rejects offer from Milan as he is holding out for Barcelona move

Lyon star Memphis Depay has rejected the idea of a potential move to AC Milan before the window closes, a report claims.

It was reported by Gianluca Di Marzio (via MilanNews) last month that Lyon could propose Memphis Depay to Milan in the Lucas Paquetá operation, though the Brazilian ended up moving there without any counterparts.

SportMediaset then confirmed this rumour, stating that Depay would love to play with his idol Zlatan Ibrahimovic, but the most prevalent rumours remains that of a move to Barcelona.

According to FootMercato (via GFNF), the Netherlands international has rejected an offer from Milan. He remains keen on a move to Barcelona where he would join up with compatriot Ronald Koeman, however the Catalan side have not yet made an acceptable fee.

The 26-year-old could remain at the Ligue 1 club and run down his contract so that he can sign somewhere else on a free transfer in January.