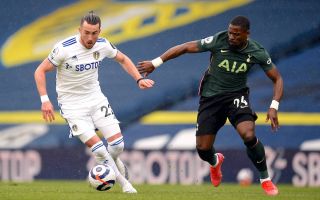 AC Milan face competition from two top European clubs if they are to land Spurs full-back Serge Aurier this summer, a report claims.

Calciomercato.com reported that Aurier has once again become a target for Frederic Massara and Paolo Maldini who sought him last summer, and negotiations with Tottenham were well underway but failure to sell Andrea Conti meant that the deal was never done.

They added that Milan remained in contact with Aurier’s agents who informed them of Tottenham’s desire to sell once the window reopens, and Spurs have significantly lowered their demands to €10m.

FootMecato confirms that PSG are interested in bringing Aurier back to PSG once the window reopens with Mauricio Pochettino ready to convince him to return to the French capital. However, the source also reports that for Aurier there could also be the possibility of Real Madrid making a move, even though at the moment talks on that front are at an early stage.