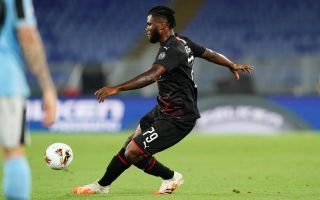 AC Milan midfielder Franck Kessie is attracting interest from Paris Saint-Germain who have a mega offer ready, according to a report.

According to FootMercato, PSG have even already taken action to try and sign Kessie, whose contract expires at the end of the current season. The first thing they have done is probe the ground with the 24-year-old midfielder and his agent, letting them know that they would be willing to offer the Ivorian €9million net per season, while the latest offer made by Milan is €6.8m.

PSG have also begun talks with technical director Paolo Maldini, and a possible deal for the January window was talked about if Kessié decided to leave the club, in order to recover a small transfer fee.

In addition to the idea that he may genuinely want a new challenge, the report speculates that Kessie could be using interest from other clubs to get the best offer from Milan.

READ MORE: Pioli has no doubts about the role of Saelemaekers – a bargain €7.5m investment