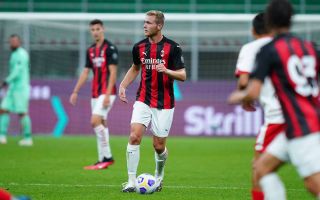 Former academy director sends Milan a warning over young midfielder: “He will be the next Locatelli”

AC Milan have been warned by their former head of youth that selling Tommaso Pobega this summer could be a big mistake.

There have been reports that interest in Pobega is growing after a positive experience in Serie B with Pordenone and a good spell last season with Spezia, showing that the 21-year-old is on a growth path which could mean he is ready for a top team soon.

Daniele Longo reported on Twitter that Atalanta are keen on signing Pobega once the transfer window opens, but in addition to La Dea, both Sampdoria and Hellas Verona have set their sights on the Italy U21 international.

Speaking to the microphones of La Gazzetta dello Sport, the former head of the youth sector for Milan – Mauro Bianchessi – spoke about Pobega and admitted Atalanta would be a good fit for the young midfielder, who is destined to become the ‘next Locatelli’.

“With Gasperini, Pobega would make the leap in quality. Anyone who signs him makes a big hit. To think that at Milan the first two years he played little, but I urged him not to give up,” he said (via MilanNews).

“He is like that, hard-headed. After the European Championships he will also impose himself in the national team. He will be the next Locatelli. I’m sure.”