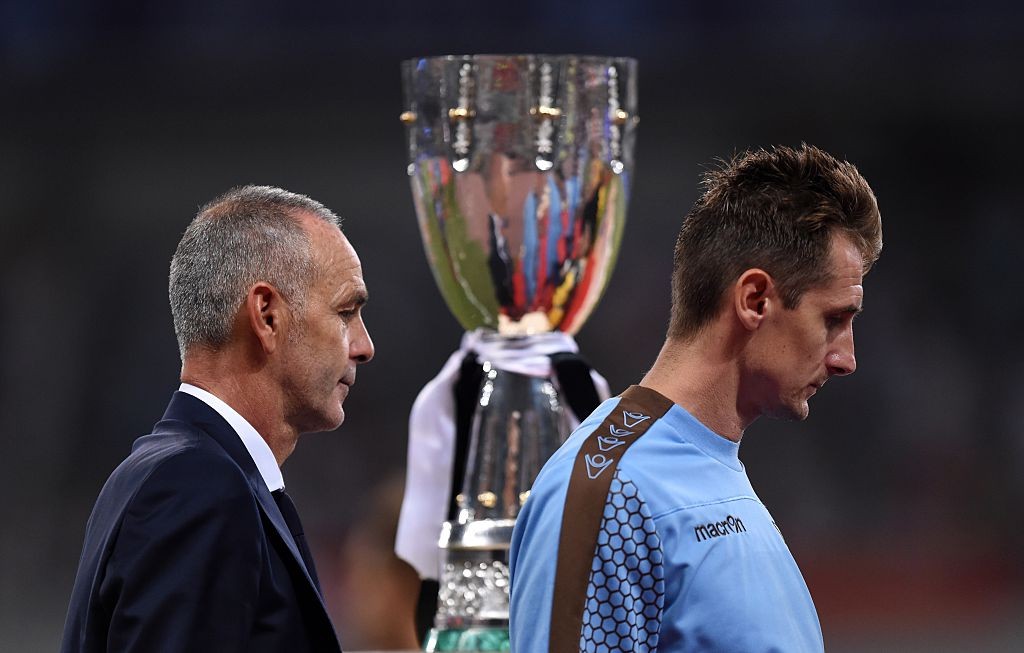 Ex-Lazio striker Miroslav Klose has tipped his former boss Stefano Pioli to be a success at AC Milan, insisting he is the ‘right man’.

Marco Giampaolo was sacked as the Rossoneri’s head coach just 111 days into his time in charge – the shortest reign of any manager in the club’s history.

Pioli was officially confirmed as his successor less than 24 hours later amid protests from supporters, including getting the hashtag #PioliOut trending on Twitter.

Despite the response to his appointment and his recent track record, we believe that there are reasons to be optimistic about Pioli’s arrival.

Now Klose, who worked with Pioli at Lazio, spoke to La Gazzetta dello Sport about the 53-year-old.

“I’m glad Milan gave him confidence, he deserves it,” the German said (via MilanNews.it).

“He’s a fantastic man. He’s the right man for Milan, especially in a difficult time. He has rare human qualities, he is a very honest person.

“He deals with problems in a very concrete way, he is sincere, but very helpful. We exchanged a mutual promise that we still have to go for dinner together.

“Assignments that he had before at Inter and then at Fiorentina and with the fact that I now work in Monaco we never had time, but I care. I am sure that Milan will do well.”