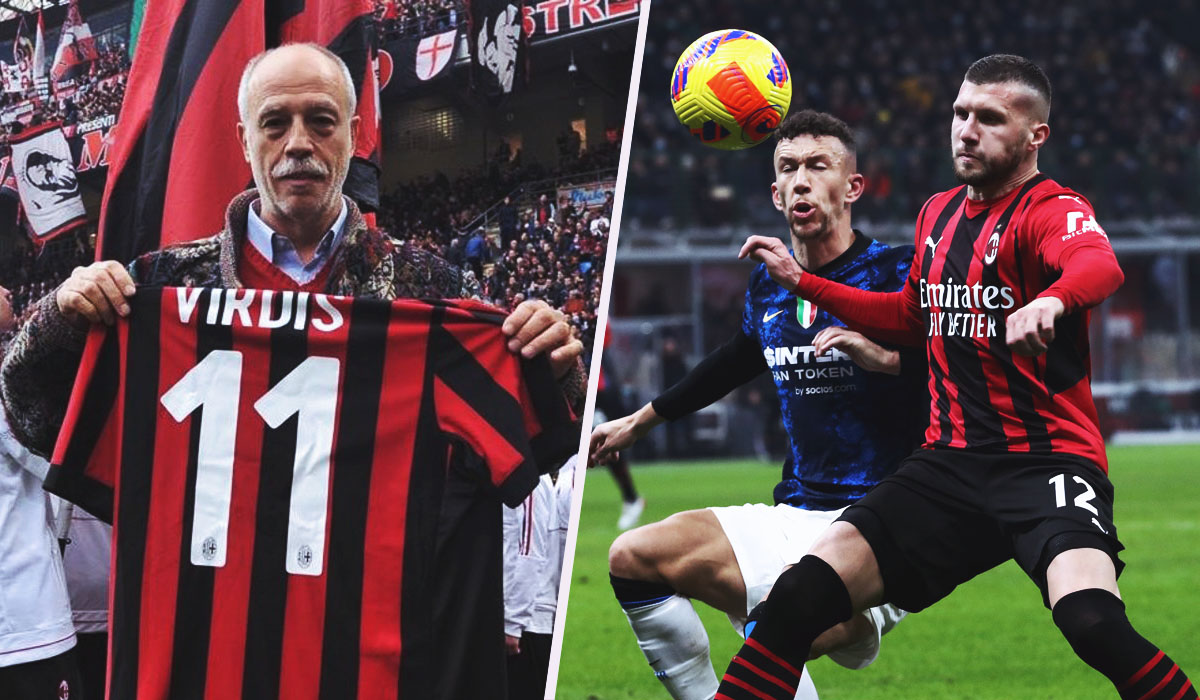 AC Milan managed to secure one point in the derby against Inter at the weekend, thus remaining at the top of the standings. Their former player, Pietro Paolo Virdis, discussed the successful start and their Scudetto chances.

The Rossoneri have indeed started the season tremendously well with 32 points in the bag after just 12 games. Not many would have predicted this and the best sports betting sites in UK, which can be found at Sportslens UK, surely have them as one of the top Scudetto contenders now.

Interviewed by MilanNews, the former Milan striker Virdis had his say on the derby and the upcoming game, which includes a direct clash with Napoli. In 184 games for the club, as per Transfermarkt, the now 64-year-old scored 76 goals and assisted an additional 29 goals.

What do you think about yesterday’s derby?

“It was an open game, I have to say that in the end, the result was right, even if in terms of chances Inter had more. In the final phase, AC Milan had an unexpected reaction and in the last 10 minutes, they put Inter in trouble, almost getting the win with Saelemaekers’ shot that hit the post. In conclusion, I believe that a draw is the most correct result.”

The direct clash with Napoli is missing, but given the wins against Atalanta, Lazio and Rome, and the draws against Juventus and Inter, can Milan aim for the scudetto?

“I would say yes, and they are proving it. If Pioli’s team had any uncertainties, they are slowly eliminating them and convincing everyone. I think they are one of the contenders. From here to win it, however, it’s a long road still. The season is still long, but Milan can have their say all the way through.”

And what is missing in the Champions League?

“A bit of luck has been lacking for now because Milan have been up to par against both Liverpool and Atletico Madrid. Maybe they didn’t play very well against Porto, but obviously, the Rossoneri suffer against this team, which is very technical and controls the ball very well. In any case, all the opponents in this group are of a high calibre so I believe that Milan, in the end, did well in the UCL too.”

Do you think the contract issue is affecting Kessie’s performance? Yesterday’s penalty foul on Calhanoglu is a huge mistake…

“I don’t think so. He did a stupid thing because he was stubborn about wanting to take the ball into a dangerous area and committed a penalty foul. The penalty was there and we cannot say the opposite. I don’t think the contractual issue is affecting Kessie.”

Tatarusanu once again did well by even saving a penalty from Lautaro Martinez, what do you think of the Romanian goalkeeper?

“I must say that he is playing well and he is not making Milan miss Maignan. We were all afraid when the Frenchman’s injury emerged, but Tatarusanu is replacing him very well and yesterday he showed it by saving a penalty and saving the result. I don’t think we can expect more from him. The team, in general, played their part in the match against Inter and played discreetly.”

Ibrahimovic looked a little better in the final 20 minutes, how do you judge his performance?

“In my opinion, he is not in the best condition and he struggles a bit on a physical level, you can see. We hope that playing more and more will make him better. However, I must say that his presence on the pitch is a reassurance for all the other players, they are estimated to always give their best.”

In January, what could Milan do to further strengthen the team?

“I don’t know, now it’s too early to talk about the market and I can’t give you an opinion on this. The team is responding well in every match. What is certain is that Milan, first of all, must recover all of their best players and have them fit for the rest of the season,” he concluded.

Virdis makes several good points in his interview and we can only hope that Milan will continue to perform like this for the rest of the season. Of course, there will be tough moments but they have shown that they can overcome those.

Against Inter, for example, Milan conceded a lot of chances especially in the first half and perhaps were a bit lucky not to concede. On the other hand, they fought back and took control of the game in the second half, almost getting the win. You can read the full match report from the game here.

In any case, it’s clear that the mentality is there to do well this season, which certainly has a lot to do with the high demands of Stefano Pioli and the experienced players.

READ MORE: Romagnoli will ‘give priority’ to Milan but Juventus are lurking – the Rossoneri’s cap