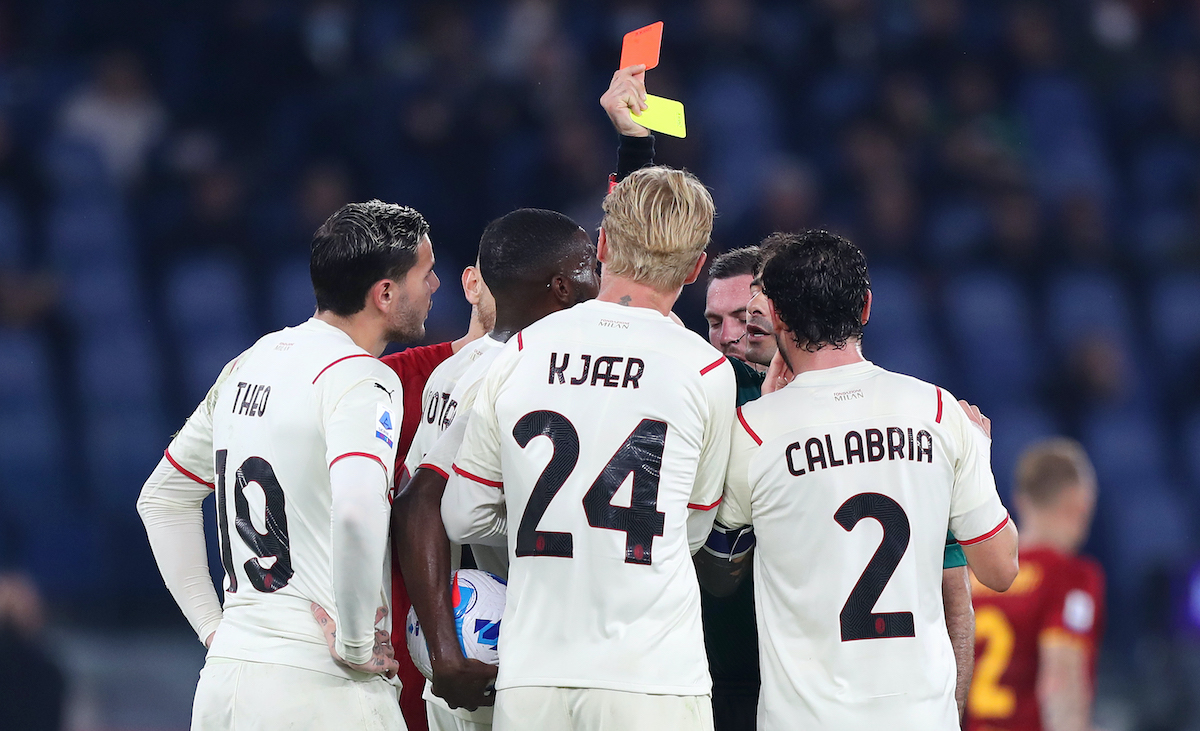 Former referee Luca Marelli has given his take on some of the controversial incidents that took place during AC Milan’s 2-1 win over Roma last night.

Marelli is currently a consultant for DAZN and he analysed the main incidents from the game at the Stadio Olimpico, with the red card given to Theo Hernandez the first to be put under the magnifying glass. The Frenchman saw red for a second yellow after he appeared to fall over and take Pellegrini down with him, and now he will miss the derby against Inter at the weekend.

“The red comes from a mistake by Maresca, there was a previous charge by Felix on Krunic, it was a foul and Maresca had to whistle,” Marelli said (via MilanLive).

There were also two incidents involving potential penalty kicks that have caused a lot of debate on social media. The first was when Ibanez’s challenge sent Ibrahimovic over and Maresca pointed to the spot, upholding his decision after VAR review.

“There was a contact between Ibra and Ibanez; it is the classic episode that if it is given on the field, it makes no sense to do the off-field review, it is not a VAR incident.”

Roma also had some half-hearted appeals for a penalty when Kjaer challenged Pellegrini to reach a cross, but Marelli does not believe it was worthy of a penalty.