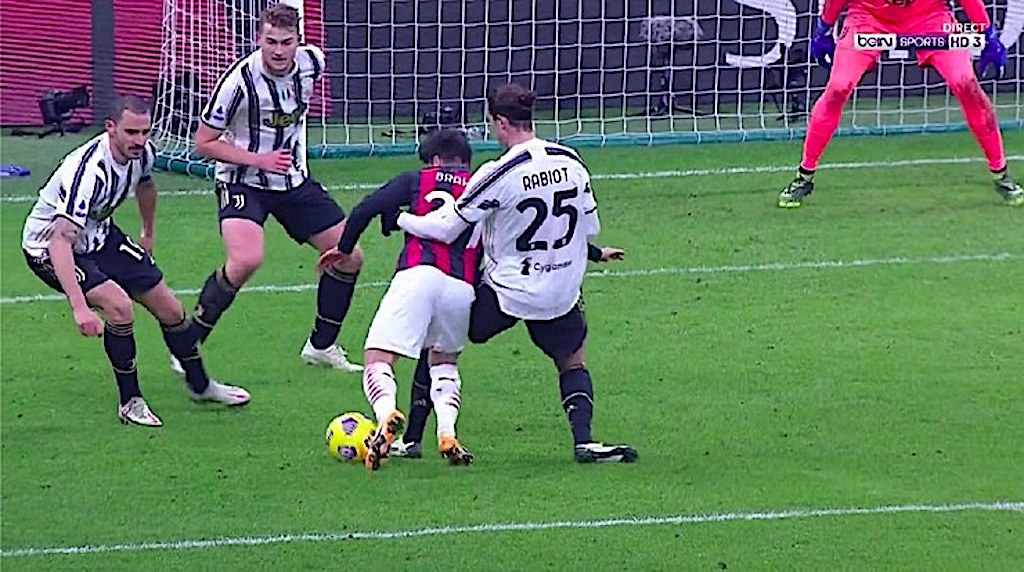 Former referee Graziano Cesari has given his thoughts on some of the decisions that Massimiliano Irrati made during Milan’s game against Juventus last night.

Cesari spoke to Pressing (via MilanNews) about incidents that took place, and explains that while Calhanoglu essentially committed a foul with both his arm and with his hip in the build-up to Milan’s equaliser, VAR was right not to intervene.

That is because Irrati was very close to the incident and raised his arm to signal that there was no foul. This means that the VAR can not intervene, because the protocol says that if the referee designates that he saw the incident and believed it wasn’t a foul – as he gestured – then it is not something that can be reviewed.

Cesari also confirmed that Irrati rightly gave the advantage as Milan countered after Castillejo was chopped down by Bentancur, but then he had to go back and give him a second yellow but didn’t. VAR cannot intervene in this case because it would be for a yellow card (even though a second yellow, it is still a singular yellow card) and not a straight red.

Finally, the ex-referee cannot defend Irrati for the mistake he made in not giving Brahim Diaz a penalty after he was fouled by Adrien Rabiot in the final stages.