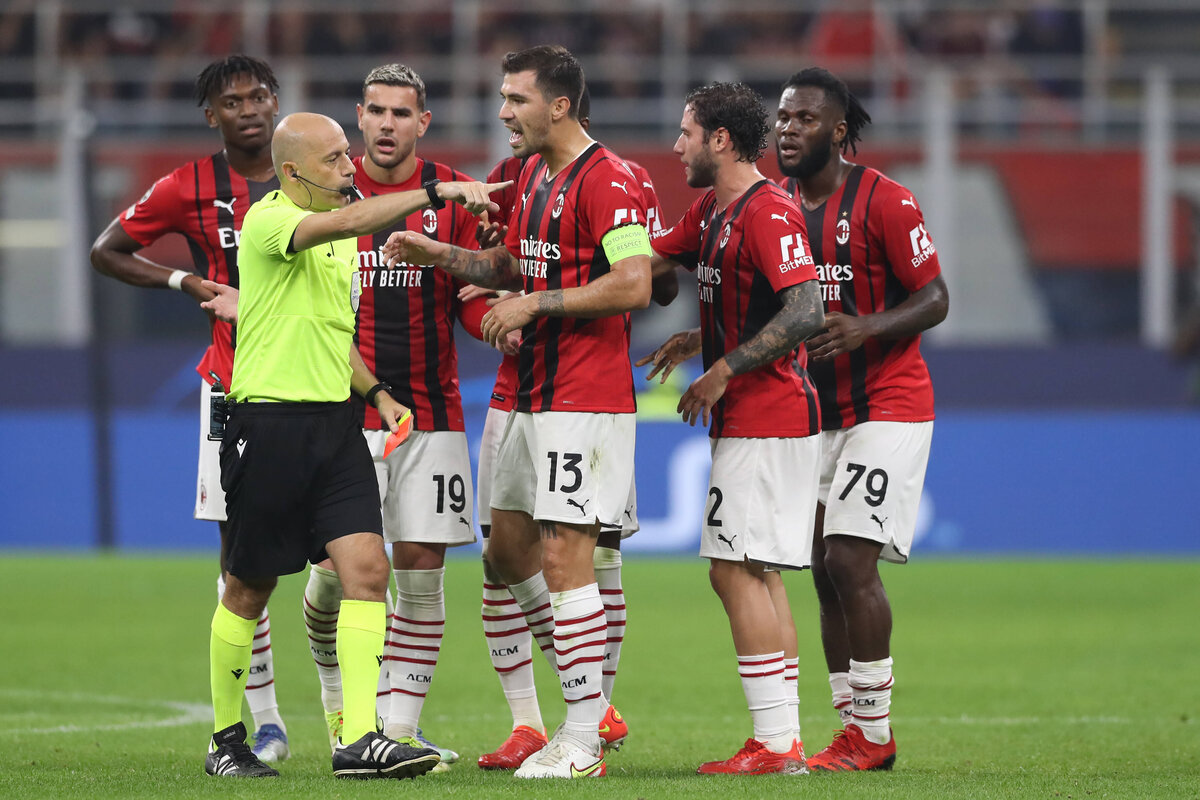 Franck Kessie didn’t have the best of games last night as he was sent off after just 29 minutes. The midfielder was sloppy enough to get carded twice but as we all know, the referee didn’t cut him any slack.

Kessie’s first foul was pretty clear and warranted a yellow card, seeing as it was a shirt tug from behind and he stopped a promising attack. The other incident, though, wasn’t as clear as it was a minor stamp.

We have certainly seen that be given as a yellow card, but for it to be a second one (and so early in the game), more is often required. In short, it was a harsh decision from the referee who didn’t have the best of nights either.

Speaking to MilanNews, former Serie A and international referee Mauro Bergonzi shared his thoughts on the red card. He stated that it was indeed a harsh decision but that it can be backed if you look at the facts.

“The sending off was harsh, but that doesn’t mean that it was wrong and that the rules weren’t applied. In my opinion, Kessie was too sloppy in deciding to make that challenge since he was already booked. If the referee hadn’t given him the second yellow card, Kessie would have been pardoned. All in all, I find that it’s a decision that can be backed,” he stated.