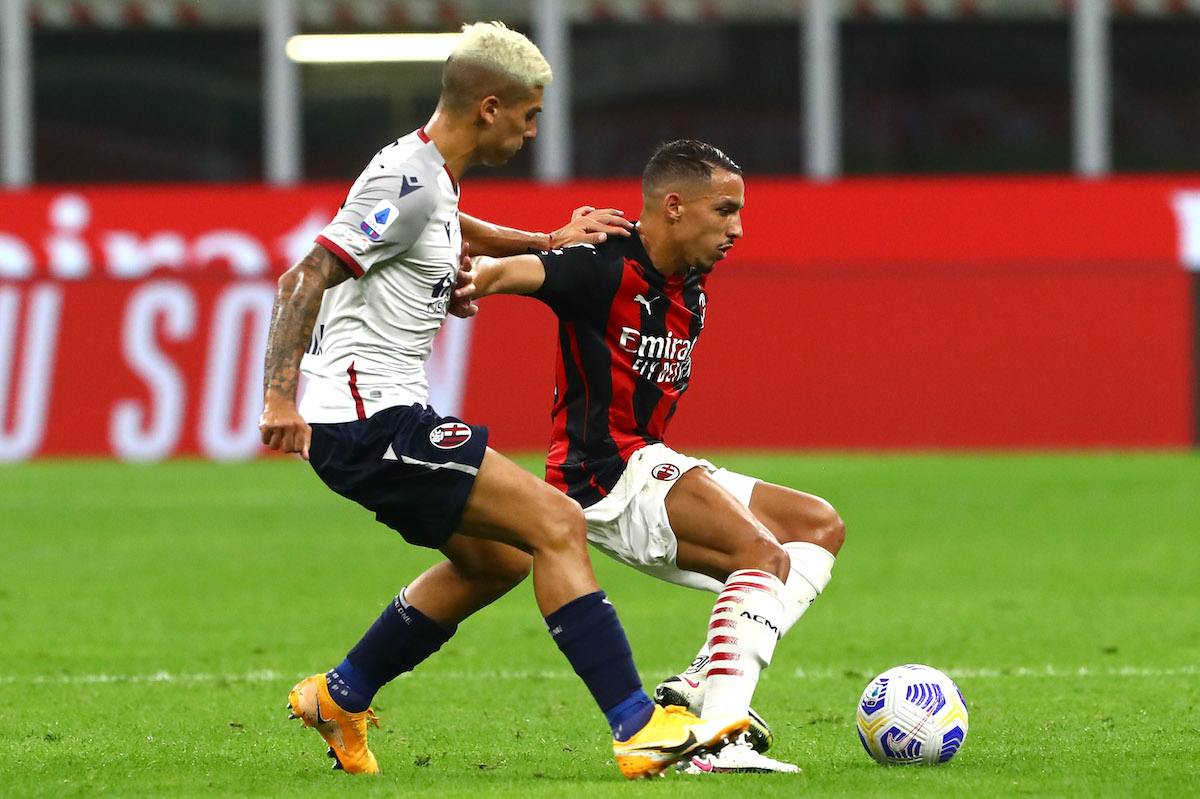 Four key battles that will be decisive in the outcome of Bologna vs. Milan

AC Milan’s trip to Bologna is likely to boil down to who comes out on top in a number of different position battles in tonight’s game at the Stadio Renato dall’Ara.

The Rossoneri travel to Emilio-Romagna looking to make it eight league wins in their first nine games and to take back top spot in the table at least for the time being, with an eye on the fact Napoli play Roma and Inter play Juventus. The official website have picked out some key position battles…

There will certainly be eyes on the left wing for both teams tonight as Musa Barrow and Rafael Leao are two of the most dynamic and electric wingers in the league. The former has three goals and three assists to his name already this season, while the latter has scored three times and has added an assist.

The two right-backs are experienced in Serie A terms and have represented their country. The 33-year-old De Silvestri has most interceptions (13) at Bologna and has made the most passes both in general and in the opposition half of the pitch. Calabria meanwhile is hoping to continue his excellent resurgence.

A big part of today’s battle will be in midfield, and Dominguez has played in every Serie A game this season racking up the most tackles (32) and drawing the most fouls (15) for Bologna. The Algerian meanwhile has 103 touches per 90 minutes and is very much an anchor of the midfield.

The two centre-forwards will also be under the microscope at the Dall’Ara. Arnautović – formerly of West Ham – has scored three times this season and has taken a league-leading 26 shots, while a goal for Ibra would make him the fourth player in Serie A history to score aged 40+.