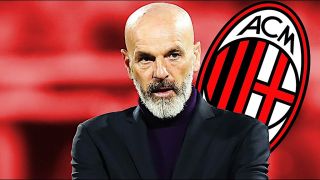 Milan have been a different beast ever since football restarted after the pandemic break. In seven games since the resumption of Serie A Milan have won five and drawn two, scoring 20 goals and conceding eight.

Not even Juventus could escape Milan’s wrath as they gave up a 2-0 lead at San Siro to lose 4-2, while there have been other impressive victories for the Rossoneri against the likes of Roma and Lazio.

1. The resurgence of Kessie and Calhanoglu

Before the break, Franck Kessie had only a single goal to show for the season. The rumour mill began speculating and news circulated that Kessie was put on the market.

Since the break however he has been in incredible form and has even scored three goals in his last three games, two of which were beauties.

What has improved is the shift from a three-man midfield to a double pivot, something which has played to his strengths. His chemistry with Bennacer is also really strong as both players complement each other well.

Another player who has risen from mediocrity is Hakan Çalhanoglu. He has amassed three goals and four assists in seven games since the restart to remind people once again of the player that he was in Leverkusen.

Being played in a free role behind Ibrahimoviç – who has been a ball playing centre-forward – has helped Hakan by giving him more freedom to roam and create.

Before the break Ante Rebic was the revelation of the season, having netted six league goals in 2020 alone at that point. He hasn’t stalled either, having score four goals and added two assists since the break.

After a period of adjustment up until Christmas, Rebic seems to be a terror for defences. Although he does take poor touches and has some questionable moments, his pace as well his physicality helps him to hold up the ball – like how he held up the ball to pass to Paqueta for the first goal against Roma – helps Milan to get around defences quicker.

When Milan appointed Marco Giampaolo before the season began it was to try and create a quick passing style, but he couldn’t impose it.

Pioli too struggled but once Milan got rid of Piatek and Suso and brought in Ibrahimoviç and Samu Castillejo (or rather gave him more playing time), Milan’s transition from defence to offense is quicker and more slick.

Players seem to have developed an understanding with each other. This has made them take up positions or move and station themselves exactly where the person in possession would want them to be. This has helped to move the ball faster and catch the opposition off guard.

4. Solidification of the back line

Ever since Alessio Romagnoli adorned the Rossoneri colours, he has been searching for a consistent and ever-present centre-back partner.

A partnership was developed with Musacchio but it was never for the long run, but Milan appear to have finally got their man in Danish centre-back Simon Kjaer.

At 1.91 metres in height and with deceptive pace, the Danish international has provided to be a perfect partner for Romagnoli. He has also brought a sense of leadership and experience to the backline and has even helped to mend an extremely leaky right side, which has been a bane for Milan since the times of Gattuso.

Kjaer has averaged 1.1 successful tackles per game and has 2.8 clearances per match.