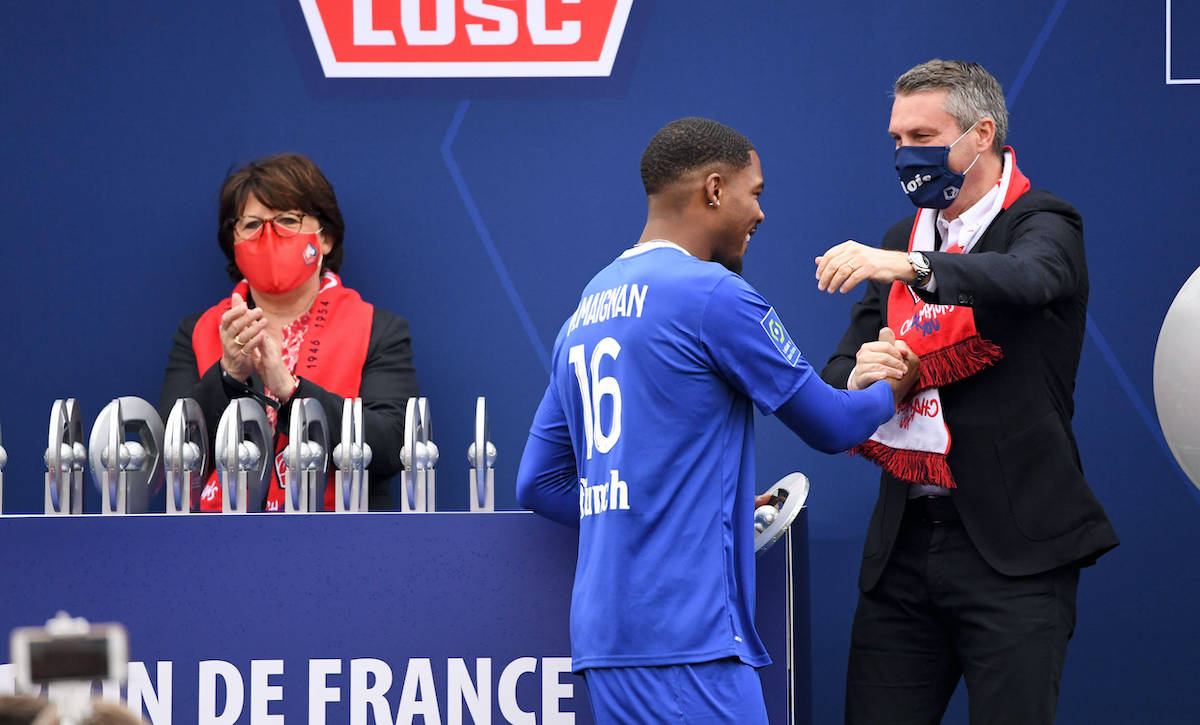 French journalist praises Milan’s bargain deal for ‘Spiderman’ Maignan: “He is worth at least double”

Eurosport journalist Guillaume Maillard-Pacini has insisted that AC Milan are getting a bargain deal for Mike Maignan, comparing him to a superhero.

All major news outlets are reporting that Gianluigi Donnarumma will leave the club when his contract expires at the end of next month, with Maignan being the man they have chosen to replace him after an amazing season in Ligue 1, helping Lille to the title with 21 clean sheets.

MilanNews spoke to Guillaume Maillard-Pacini – a journalist for Eurosport France – about just what the Rossoneri can expect from what looks certain to be their first signing of the summer window.

Maignan comes to Milan as a champion of France with Lille. How was his season?

“He’s a great goalkeeper, and I’ll tell you why: Lille had a very solid defence and needed two or three saves to make in some games, and he made them. He saved Lille many times, saved several penalties and was fundamental. Galtier [Lille head coach] was very angry when he found out that Navas was elected as the best goalkeeper in Ligue 1 and not Maignan.

“He was one of the pillars, everyone says so. Before, he wasn’t a great goalkeeper, but over time he has become one. Lille had a great defence and when called into question, even once or twice a game is essential, and it is in that case that you recognise a great goalkeeper. He had a crazy season.”

Did Milan complete a great deal by buying Maignan?

“What is most talked about in France, even if Maignan is ready for Milan and the national team, is the price. It is known that he was one year after the end of the contract, but 15 million, in a normal market, is not much. He is worth at least double, he was among the best goalkeepers in France. The price is debatable and for Milan it is a coup.

“Donnarumma is a champion and certainly has something more, but Milan fell on their feet because they got a great goalkeeper at a good price. They didn’t go crazy and brought in a great 25-year-old goalkeeper who can still grow. Milan gains: the transfer of Maignan, at 15 million, is reasoned and is below what it really is worth. As for the salary, it is known that he will earn much less than Donnarumma. So Milan win economically.”

Can you tell us the qualities of Maignan?

“Maignan is very strong on the line, in reflexes and this year he made some crazy saves. For the explosiveness it is almost reminiscent of Spiderman, one who is very reactive and who reads the game well. He is a goalkeeper who has been able to work well over the years. In France he surprised many, in fact few were not surprised by Maignan. From journalists, to the fans of Lille but also those of the other teams.”

Maignan has been called up to the French national team for the Euros. Will he be the starter?

“The French national team has two goalkeepers, Lloris and Mandanda, who are advanced and in age and everything leads us to believe that Maignan will be the future goalkeeper of the national team. Compared to Areola, also linked to Milan, he is much stronger. Going to the European Championships he will certainly be able to grow with two top goalkeepers in front of him.”

Will Maignan have the personality to withstand the pressure of the San Siro?

“In my opinion, yes. He has gained a lot of experience over the years and will be able to handle that pressure. This year he has had a lot of pressure, even if it is true that the fans are not there and San Siro always carries a particular tension, and has always had good shoulders. He saved crucial penalties and made many important saves. Donnarumma also suffered the pressure of the San Siro, while Maignan has a lightheartedness that could lead him to do well.”