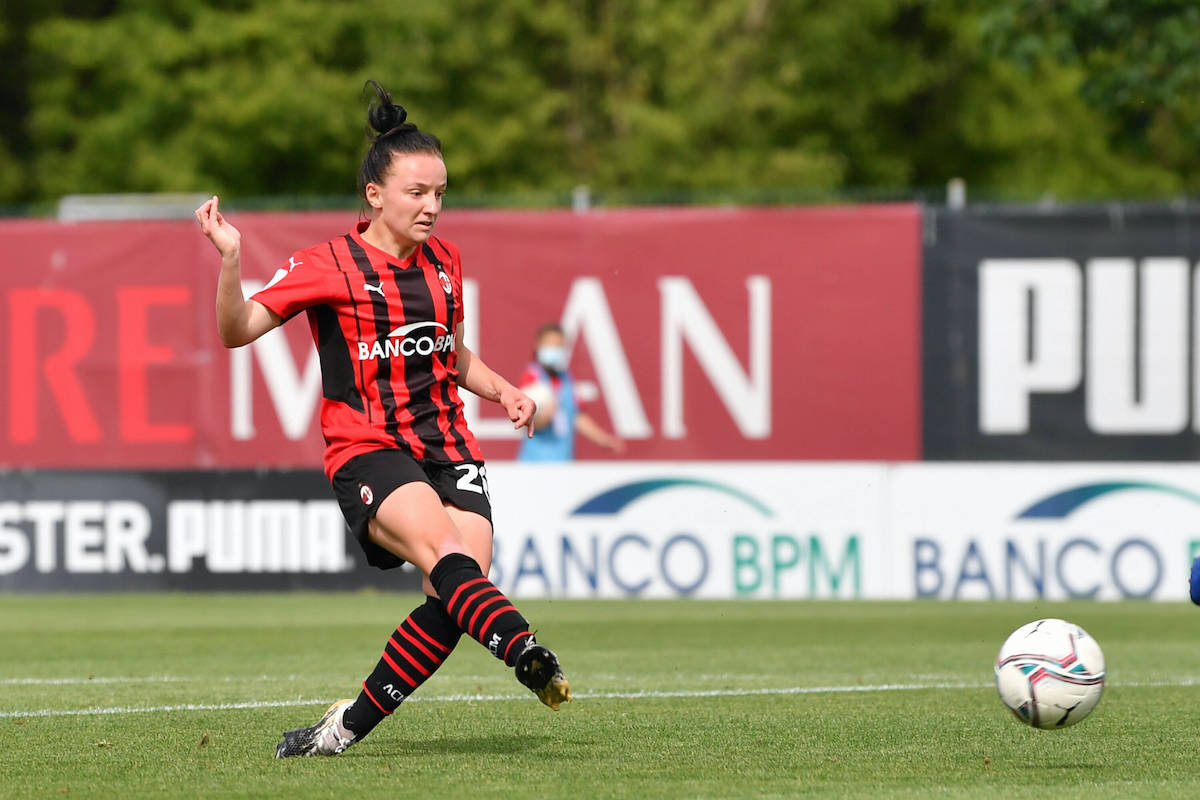 It is a busy offseason for AC Milan’s female side as the prepare for a first foray into the Champions League, and we have all the latest news.

➤ Forward Sara Tamborini will likely leave Milan on loan as per il Calcio Femminile on Twitter. The player is said to be headed to Empoli to play for the team next season. Despite her talent, Tamborini has played very little for Milan during her tenure there. To date, the forward has played 224 minutes across a total of nine matches and has scored a total of three goals for the team.

➤ Milan will play a friendly match against FC Gintra on July 17th. Gintra have played in the Champions League before and have finished first in the Lithuanian league (Moterų A lyga), which means they’ll play in the competition again this year. The friendly will prove to be a good test for the Rossonere, as they prepare for their Champions League qualifiers in mid-August. The match will take place on July 17th at 17:00 CET, at the Šiauliai Central Stadium in Lithuania.

Save the date and #FollowTheRossonere in their first friendly of the new season! 🗓️

➤ AC Milan are said to be interested in defender Alice Tortelli, who currently plays for Fiorentina. The centre-back is only 23-years-old and yet she has experience playing at the highest levels, both with the Viola in the Champions League and with Italy. Tortelli recently played for a total of 93 minutes as a right centre-back in the Azzurre’s friendly win against Austria. Her experience and youth make her ideal for a team like the Rossonere and their project. If Milan were to sign her, then it would make their already strong defense even more formidable.

➤ However, the team does face competition from Inter to land the player, as per Tutto Calcio Femminile. Inter are now being managed by Rita Guarino, a successful coach who had won several awards while managing Juventus. Guarino could convince Tortelli to join the Nerazzurre based on her pedigree and on the prospect of more playing time.

Milan, in contrast, could convince Tortelli to sign for them by dangling the prospect of Champions League football in front of her. They’ll also have to convince her that the team’s project is a serious and worthwhile one. A profile of the player and how she’ll benefit the Rossonere will be written, should she choose to sign for Milan.

➤ Milan have also been invited to participate in the Kaif Trophy. The competition is an annual friendly that is played in Leobon, Austria. According to Marca, they have been invited to participate in the tournament alongside Barcelona, Chelsea, and Real Madrid. The competition will be played between August 5th and 8th. No word on whether the Rossonere have accepted the invitation yet.