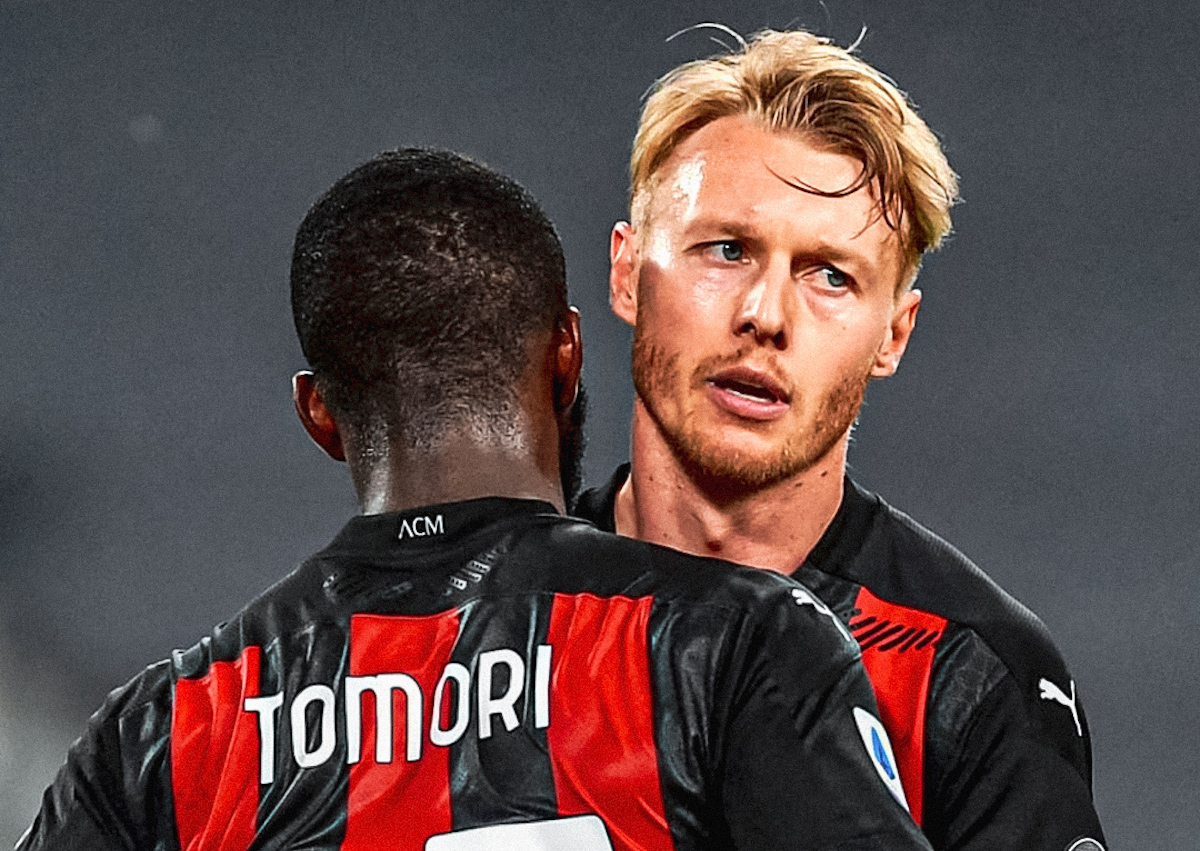 From an unknown quantity to undroppable: How Kjaer has been a catalyst for Milan’s revival

AC Milan ensured qualification for the Champions League after a seven-year absence and one of the pillars of this attempt to reach the target was Simon Kjaer.

Kjaer is a man who gained global recognition for his heroics after his actions contributed to saving the life of his compatriot Christian Eriksen, and he has been instrumental in Denmark’s path to the semi-final stage.

An unspoken leader, Kjaer arrived as somewhat of an unknown quantity, initially on loan but then for a very negligent sum of money when considering that clubs can pay €50m+ for top centre-backs now. The Dane was paramount to Pioli’s revival of Milan and ability to keep the high line after the 5-0 loss against Atalanta in 2019-20.

Brought in by Massara using his relationship with the player during their Roma days, Kjaer has gained valuable experience in his career having played in Italy, Germany, France, Spain, Turkey and his home country of Denmark. Here, we look at some of his best bits from the previous campaign.

The ability to be in the right position in the right time is huge, as defenders are often rated for their ability to read the game and be there when it matters. Kjaer has been Milan’s saving grace on multiple occasions.

Against Napoli and Juventus, their respective coaches targeted Calabria by playing Insigne and Chiesa close to him. Pioli countered this by having Calabria playing as a withdrawn full-back allowing Theo to bomb forward.

However, in case of Calabria joining attacks but the opposition counters, Kjaer covers for the 24-year-old by defending pro-actively.

With modern football being more about attacking and pressing opponents, defenders are instructed by coaches to play a high line and this requires centre-backs to push forward and press the player on the ball to unsettle them and force a mistake via a risky pass or back pass to a team-mate.

As much as defenders are needed to play a high-line they are equally required to track back and recover balls in case their last defensive line is breached. This requires modern defenders to have top speed and the ability to accelerate quickly.

Here we can see Kjaer coming across to stop Gervinho, one of the fastest opponents in the league.

As much as Ibrahimovic is spoken about as a vocal leader who set the standards and raised morale in the group, Kjaer has had a similar effect on Milan’s backline.

Tomori was a player who showed promise at Chelsea but his ability to make errors had exhausted the patience of Lampard, but Milan had the presence of a senior figure to mentor and this meant that Tomori finished the season without a single yellow card in Serie A.

Ability to break the lines

When Milan brought in Bonucci from Juve, he was an expert at breaking mid-blocks of opponents from deep positions with long balls, but at Milan he failed spectacularly. Kjaer however excelled with his defence-splitting passes.

He has a success rate of 29.6% pressure rate (number of players pressed and dispossessed) with most of his pressing coming in the middle third of the pitch emphasising his contribution to Pioli’s high line approach.

Lastly, Kjaer did not get a red card this season and was extremely disciplined making him a role model for other defenders in the squad. The 32-year-old has been one of the catalysts of Milan’s qualification for the Champions League. With him having a wonderful Euros, we hope that he stays injury free and continues his form into Milan’s 2021-22 season.