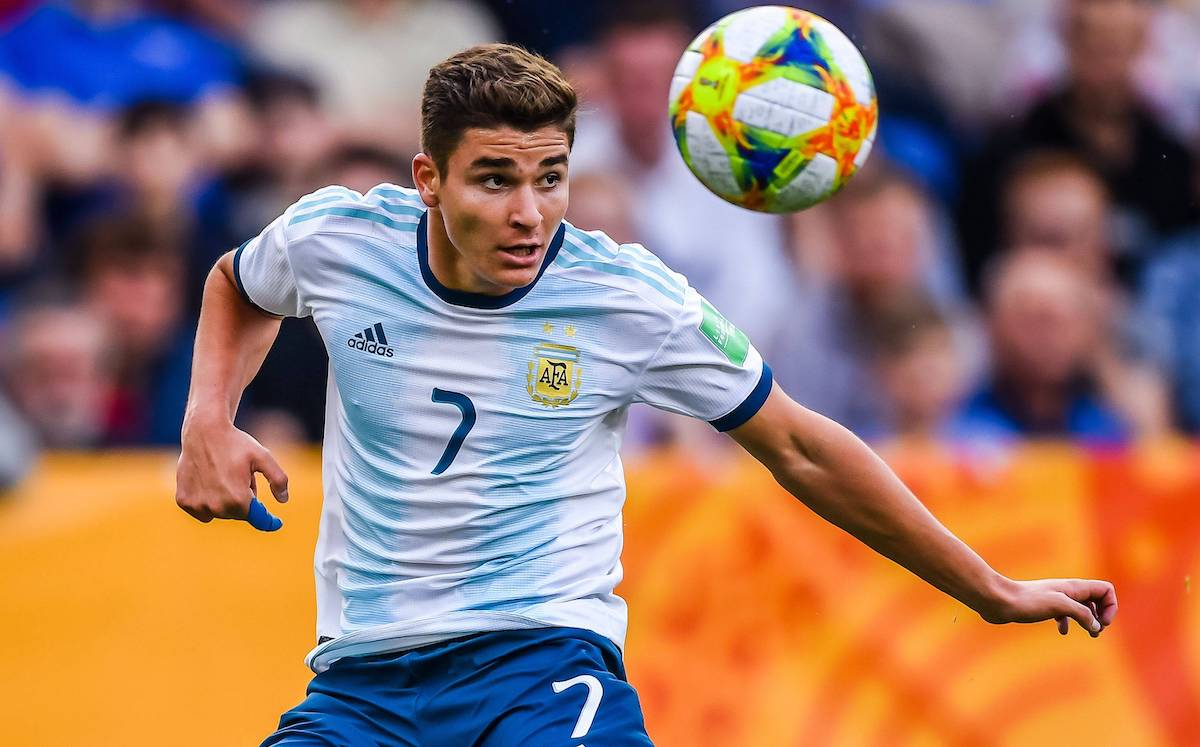 From Argentina: Milan aiming to tie up deal for River Plate forward ahead of next June

Confirmations have arrived from Argentina that AC Milan are interested in signing Julian Alvarez from River Plate ahead of next summer.

After recently scoring a match-winning brace against Boca Juniors in the Superclasico and a hat-trick against San Lorenzo at the Estadio Monumental, Alvarez continued his fantastic form by registering a goal and an assist within two minutes during the most recent win over Argentinos Juniors that put River nine points clear at the top of the league.

According to Diario Ole in Argentina, the 21-year-old forward is generating ‘a peculiar market appeal’ as he is no longer just a target for Major League Soccer clubs but also now the top sides in Europe too such as Milan and Napoli, the two top clubs in Serie A.

The Rossoneri are evaluating the possibility of finding an agreement in January over a deferred purchase that would see Alvarez arrive in summer 2022.

READ MORE: Milan have informal agreement with Belotti ahead of summer 2022 move