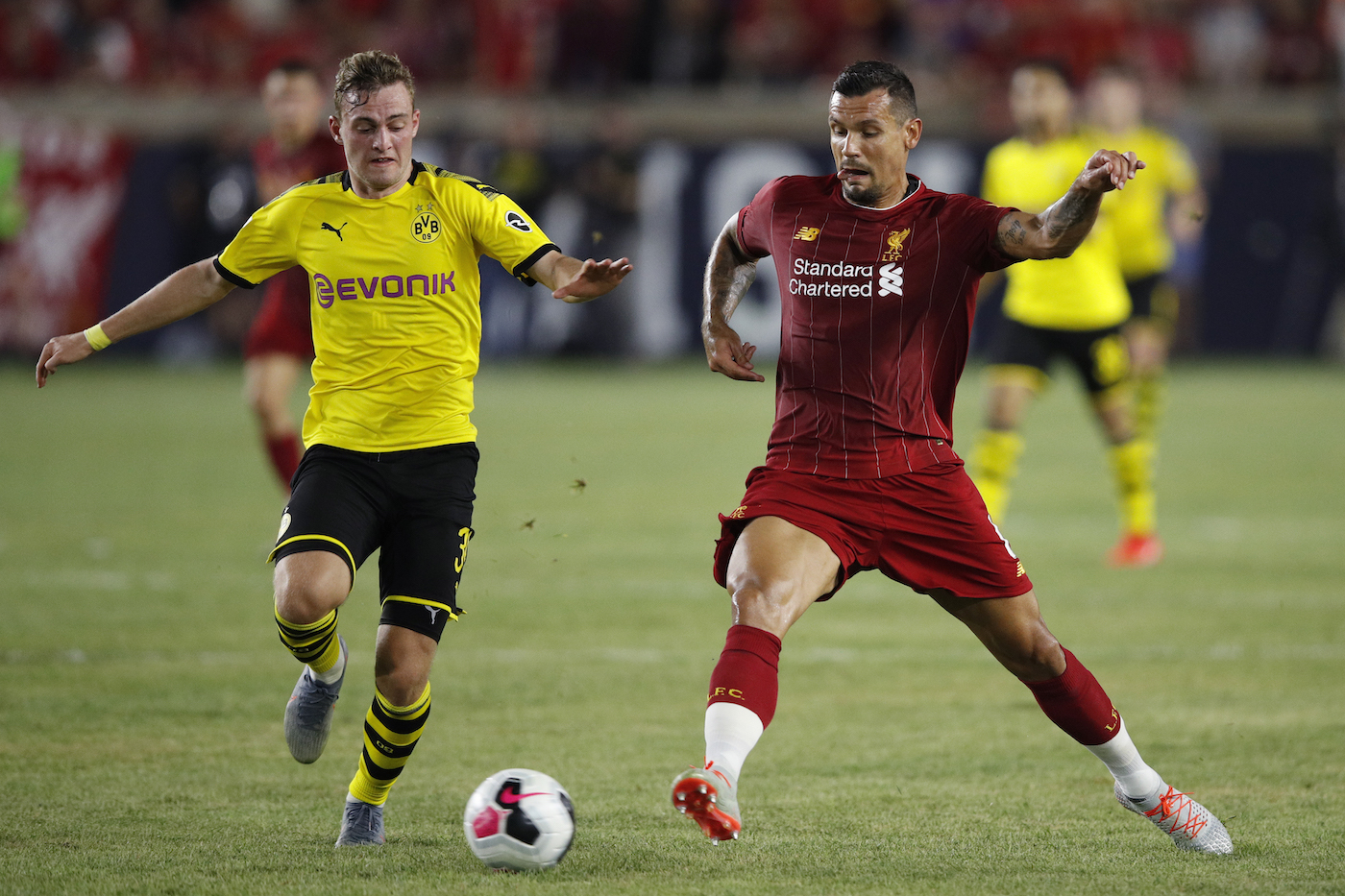 The Rossoneri have already signed a centre-back this summer in Leo Duarte, who put pen-to-paper on a five-year deal, joining from Flamengo for a fee of around €11million.

He is likely to be seen as Cristian Zapata’s replacement, with the Colombia international having left on a free transfer following the end of his contract on June 31.

There has still been speculation that Milan are considering a move for yet another central defender if the opportunity is right though, something which might allow Matteo Gabbia to be loaned out in order to get more game time.

One of the names that has been constantly mentioned is Dejan Lovren, and reports earlier this month claimed talks were held with the player’s agent over a potential summer move.

However, the Croatian’s €4m-a-year salary – plus the transfer fee – made it a costly operation and Roma looked to have swooped in to seal the deal.

Despite this, the Liverpool Echo are reporting that Milan have indeed made an enquiry for the 30-year-old – along with Roma – and that the Reds have set their asking price.

Their most recent report states that Jurgen Klopp’s side would accept €15million plus bonuses (taking the total amount to €20m) for the former Southampton man.

Lovren has been left out of Liverpool’s squad for the Supercup against Chelsea in Istanbul on Wednesday, possibly as an indication that a move to Italy awaits.