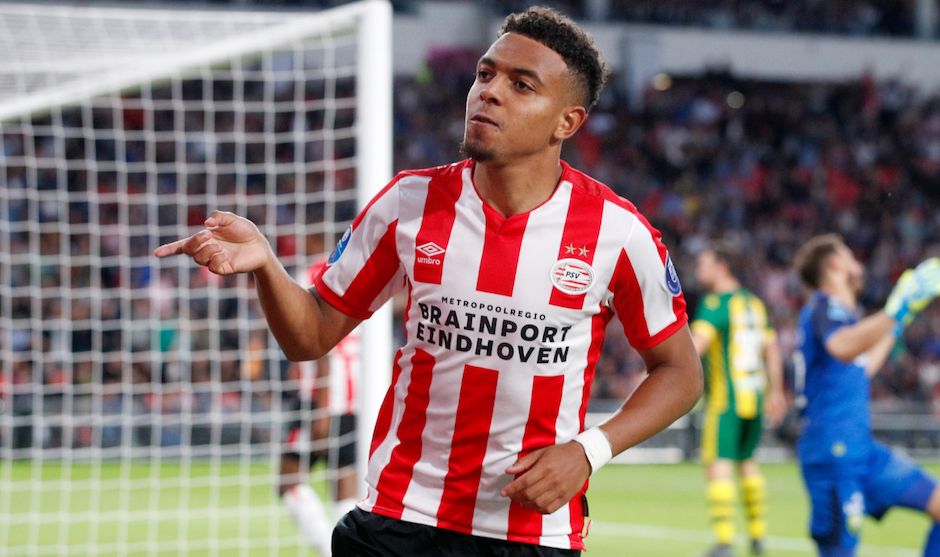 AC Milan are one of a number of clubs monitoring PSV Eindhoven star Donyell Malen, according to reports from England.

Despite being just 20 years of age, Malen made his international debut for the Netherlands in September after showing impressive form for PSV last season.

He scored five goals in an Eredivisie game this season and netted in the 4-2 win over Germany this month, and has an impressive 10 goals in 13 games this campaign.

According to English newspaper the Sunday Mirror, ‘no fewer than 45 clubs’ are interested Malen – of which the Rossoneri are one.

However, the report adds that PSV ‘believe he is already worth 100 times the sum they paid Arsenal to secure his services’ – meaning he would currently carry a valuation of £50m (€56m).

There were even reports back in May from Calciomercato (via acmilaninfo) that agent Mino Raiola had offered the striker to Milan.

However, it now seems serious competition has arrived from the likes of Arsenal and Liverpool, as per the Mirror.