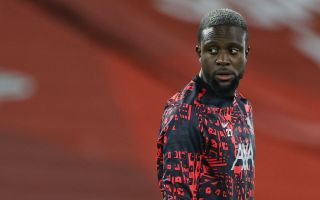 AC Milan appear to be falling behind in the race to land Ozan Kabak from Schalke 04, at least according to reports from abroad.

It is no secret that Milan are on the hunt for at least one centre-back this summer as they look to bolster a department low on depth, and Kabak is one of the names that has been persistently linked with a move to the San Siro since the summer transfer window.

Marc Behrenbeck of Sky Germany on Twitter reported last night that Kabak would prefer a move to another Bundesliga club or to the Premier League, with Milan his ‘plan b’ at the moment behind Manchester United, Liverpool and RB Leipzig.

According to a report from talkSPORT in England (via MilanNews), Liverpool are pursuing the Turkey international strongly and they have a swap deal in mind that might just see them beat the competition.

There is an exchange deal brewing between the Reds and the of Gelsenkirchen club which would see Kabak move to Anfield with Divock Origi going the other way.