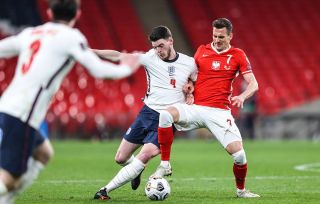 From France: Milan join Juventus and Sevilla in race for Polish striker who can leave for €12m

A new name has cropped up a potential reinforcement for Milan’s attacking department and it comes from France, according to a report.

There is widespread speculation from virtually every major source now claiming that Milan will give Zlatan Ibrahimovic a new one-year extension and try to complete the centre-forward department with the signing of another striker.

According to RMC Sport (via MilanLive), Milan are following a familiar name of Arkadiusz Milik, formerly of Napoli but now at Olympique Marseille where he has been since since January. Milik’s name was often linked to the Rossoneri a year ago, when the stay of Ibrahimovic was still in the balance.

The Poland international has scored four goals in nine official matches with Marseille, showing that his scoring ability has not disappeared, and despite having been in France for only two months he is ready to change clubs again at the end of the season.

The €12m release clause in his contract will allow him to leave very easily and Milan have put him in their crosshairs, but the report mentions that Juventus and Sevilla are also interested.