From Serbia: Dusan Tadic ‘near a transfer to Milan where Ibrahimovic awaits him’

Rumours that AC Milan have a strong interest in Dusan Tadic have been echoed by reports coming from his native Serbia.

Last season Tadic amassed 52 games in all competitions, racking up an impressive 22 goals and even 26 assists, leading by example as the captain of the Amsterdam club. He is a player with experience both in terms of his age (32) but also given the fact he knows the Champions League well.

Tadic is an attacking midfielder but is also capable of acting in different roles in the attacking department, often playing as a ‘false nine’ for them. Tadic is currently under contract with Ajax until 30 June 2023, and given his incredible stats it is understandable that they would not like to lose their captain.

The newspaper Kurir (via PianetaMilan) in Serbia have now given their take on the rumours, with the following headline: “Bomb, Dusan Tadic near a transfer to Milan, where Ibrahimovic awaits him!” 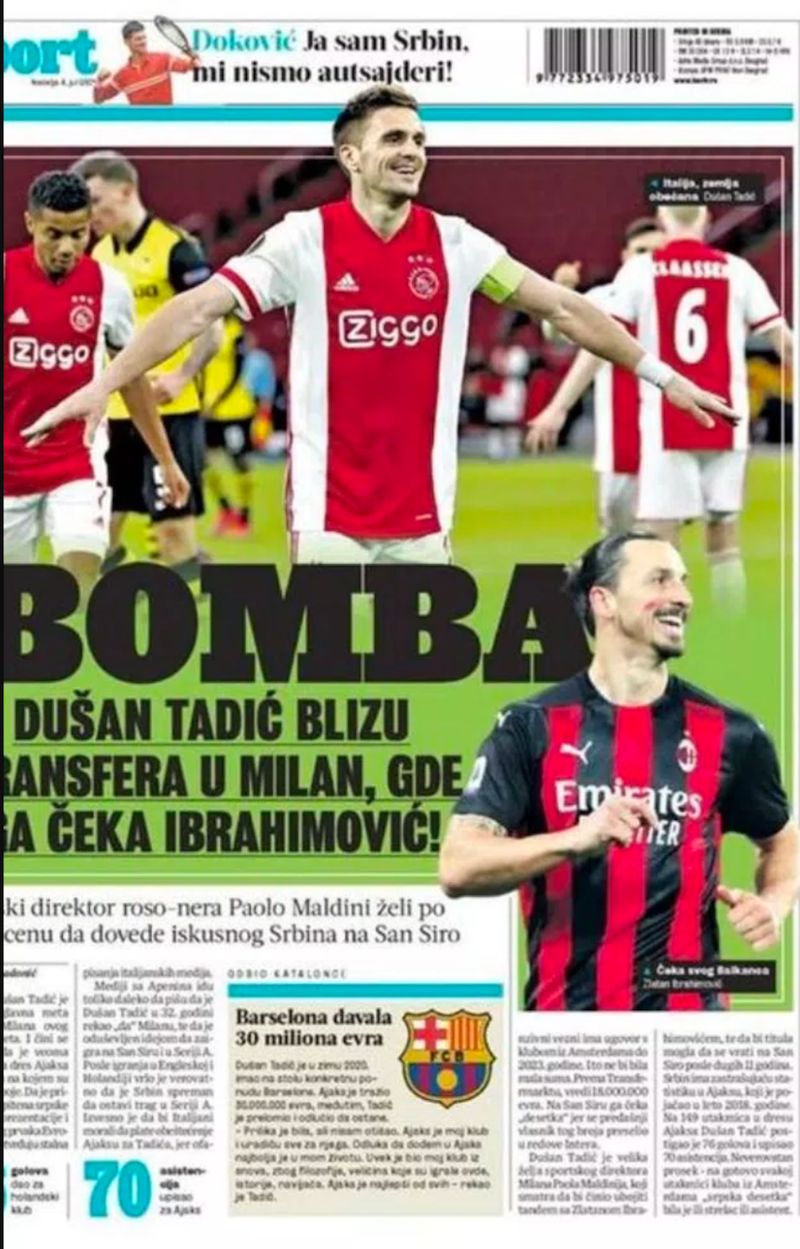 READ MORE: Milan prepared to cash in on young duo as Atalanta and Bundesliga clubs circle