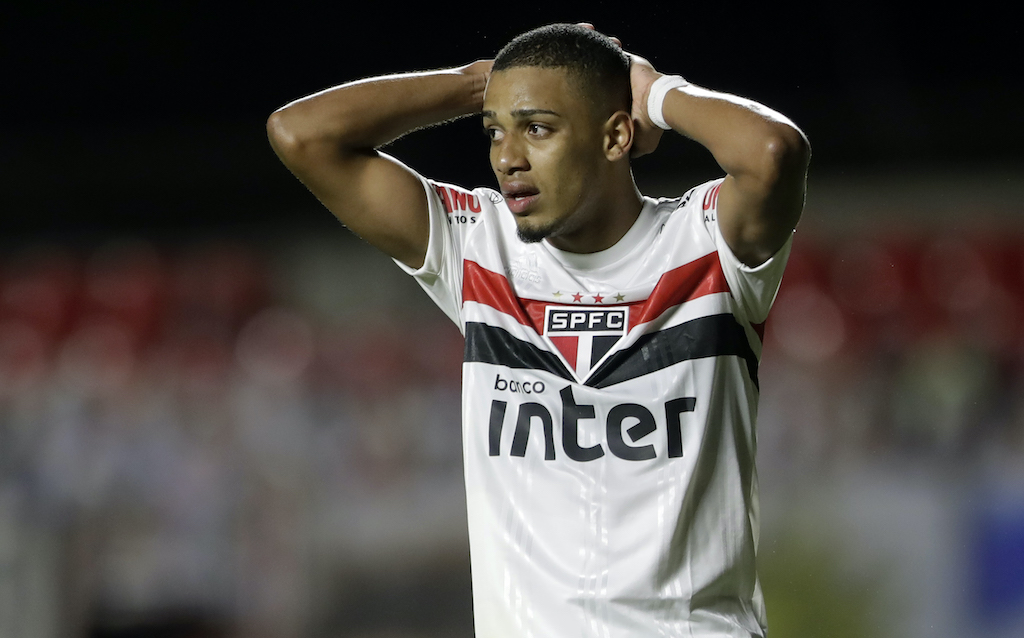 From Spain: Arsenal and Juventus-linked Sao Paulo forward appears to be Milan-bound

AC Milan’s interest in Sao Paulo star Brenner has seemingly been confirmed by a report in Spain.

The Brazilian portal UOL Esporte (via CM.it) reported recently that the team in pole position for the acquisition of Brenner is Ajax, who has a €50million release clause valid for clubs abroad, his contract is expiring in 2022 which could reduce his price tag. The report confirmed Milan and Juve’s interest, too.

According to what is being reported by Fichajes.net, the forward’s arrival in Europe is closer than ever and it seems that it will be Milan who land him and not Ajax.

The report cites Milan’s vision of signing all the young talent possible to be able to develop under the leadership of Stefano Pioli, with Brenner deemed as a luxury deputy for Zlatan Ibrahimovic, Ante Rebic and Rafael Leao.