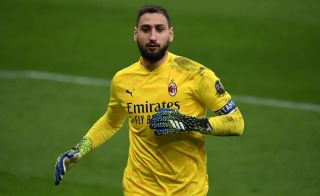 Atletico Madrid are considering a move for AC Milan goalkeeper Gianluigi Donnarumma in the knowledge they may lose Jan Oblak, a report claims.

According to Spanish outlet TF, Donnarumma’s future is not yet decided because although he has been a Milan fan since he was a child, he knows that making the leap to an established Champions League club is a very tangible opportunity for him.

PSG have been after his signing for some time but now Atletico Madrid have come forward, given that Jan Oblak could leave this summer with Chelsea and Manchester United keen, even though he has a €120m release clause.

If he were to leave, Los Rojiblancos want to add a world-class goalkeeper and although the option of re-signing David De Gea is viable, having one of the most promising goals in world football at zero cost would be preferred.

The report mentions how Andrea Berta – the sporting director of Atlético de Madrid – has an excellent relationship with the Milan management and has called Maldini to ask him how the goalkeeper’s renewal is going.