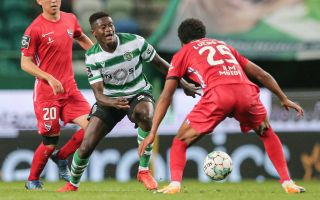 AC Milan and Juventus have been joined by Leicester City in the race to land Sporting CP left-back Nuno Mendes, according to a report.

According to Spanish outlet TF, the Portuguese defender is indeed in the sights of Milan and Juventus, but now Leicester also have him on their wish list for next summer.

The full-back is considered one of the players in his position with the brightest future in Europe, and a big bid is expected to come from at least one of the interested clubs.

Sporting know the value of the player and they have the protection of the release clause, so it is anticipated that a bid of €40m would be needed.