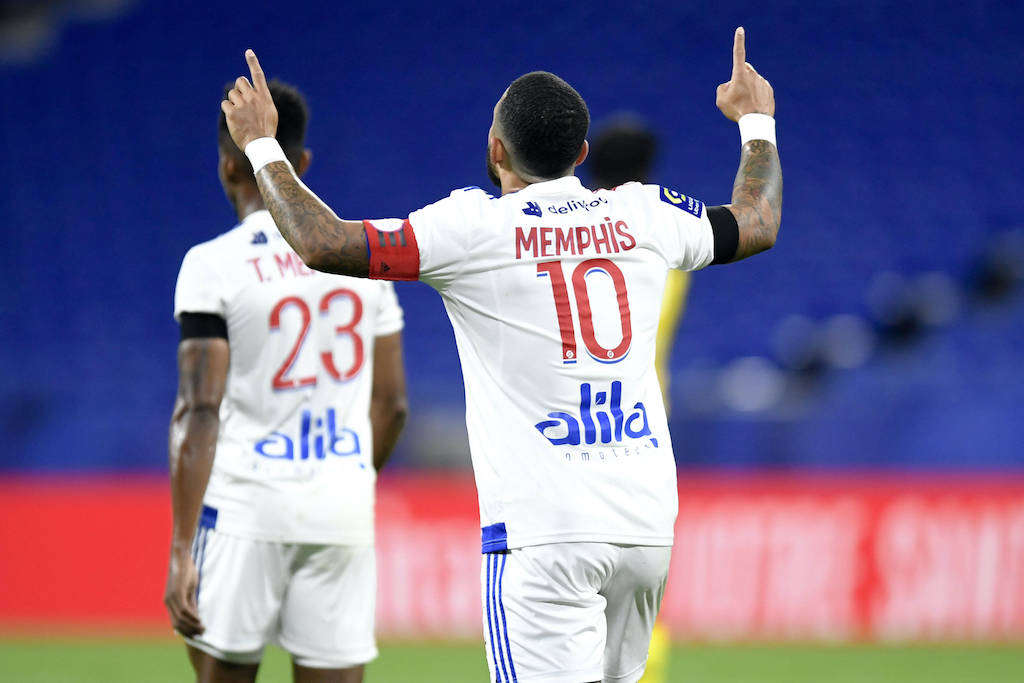 AC Milan face strong competition from a number of top European clubs if they are to sign Memphis Depay from Lyon, according to a report.

Depay was linked with a move to the Rossoneri over the summer as Gianluca Di Marzio (via MilanNews) reported that Lyon could propose Memphis Depay to Milan in the Paquetá operation, though he ended up moving there outright.

SportMediaset confirmed that rumour, stating that Depay would love to play with his idol Zlatan Ibrahimovic, while Calciomercato.com reported recently that Milan and Juventus are keeping an eye on the Dutchman’s situation.

According to Fichajes.net, it seems that the future of Depay is far from Lyon as he has told his agent to try and get him a move to a top European club. Teams like Juventus, PSG, Manchester United, Chelsea and Liverpool have already contacted the Ligue 1 side , but they have set a huge €80m asking price.

It must be noted though that the player dreams of linking up with his compatriot Ronald Koeman at Barcelona, and back on October 5 he seemed to confirm they will go back in for the 26-year-old when the window reopens.