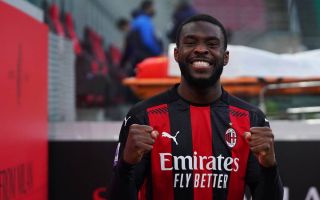 From Spain: Maldini in talks with Chelsea over keeping €28m man – swap deal not excluded

AC Milan are interested in signing Fikayo Tomori from Chelsea on a permanent basis after being impressed by his performances, a report claims.

Tomori arrived on loan with an option to buy towards the end of the January transfer window and has impressed in the handful of appearances he has had so far this season.

According to Spanish outlet TF, Tomori has established himself since his arrival and has become a very important part of the defensive department. The player is on loan from Chelsea until the end of the season as mentioned but the intention of the Rossoneri is to sign him permanently.

The agreement between the two clubs stipulates a purchase option that amounts to €28m, but Milan consider that figure excessive given the financial situation of football due to COVID.

That is why Paolo Maldini has already started talks with Chelsea to try to lower that amount either with some variable or by including a player in the operation, so a swap deal cannot be excluded as per the report.