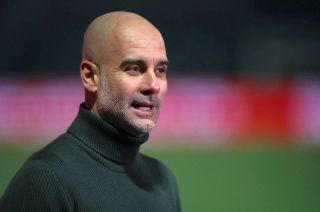 AC Milan have made contact with Manchester City boss Pep Guardiola about the potential of taking over from Stefano Pioli, a report claims.

DonBalon reported last week that Guardiola may be a managerial target for Milan. The Rossoneri are growing and fighting for the Scudetto this season, with Elliott Management having implemented a project which is on the rise, with Guardiola a potential ‘new leader ready to lead the climb’.

Now, DiarioGol are claiming that Milan have in fact made contact with the Spaniard regarding the possibility of replacing Pioli. After winning everything in Spain, Germany and England, the idea of ​​landing at a club with a young and exciting project such as Milan is an idea that the coach likes.

He still has a contract with City until 2023 and wants to win the Champions League with them so it would not be an immediate move, but informal talks have begun over the iea.

The report adds that the ex-Barcelona boss is going to closely follow the evolution of a Milan team that seem to be ‘rising from the ashes’.