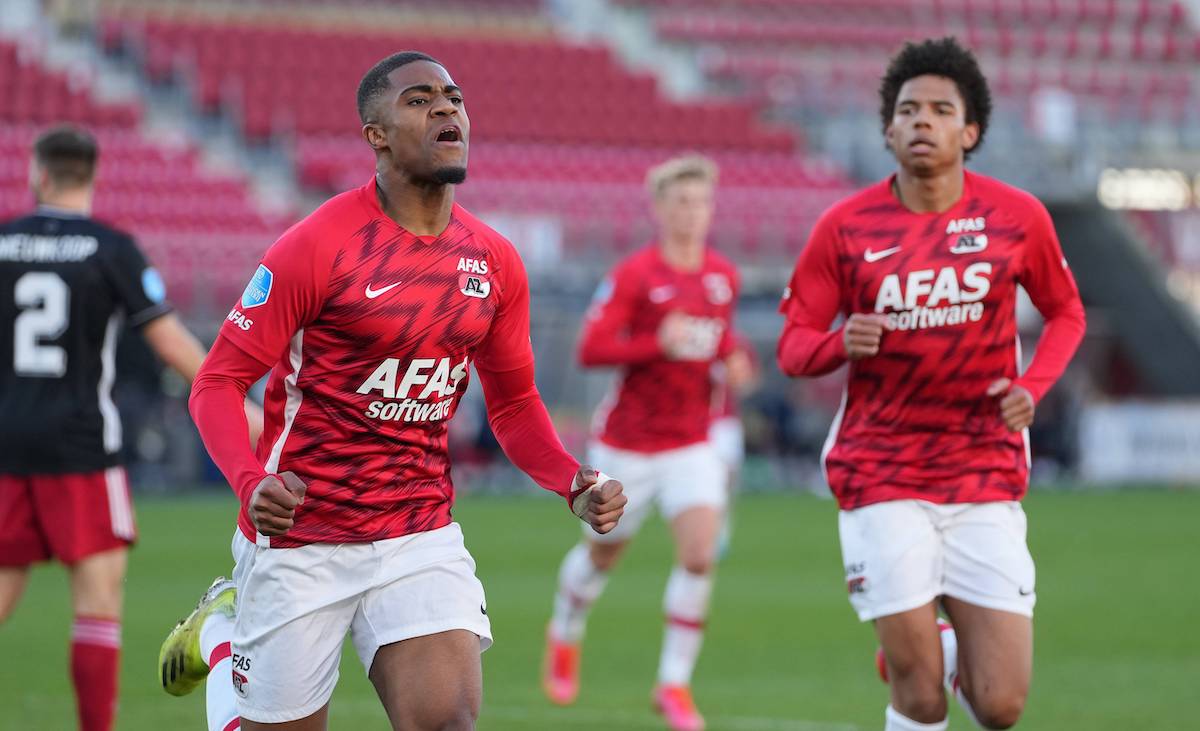 AC Milan and Sevilla seem to be battling for another target in AZ Alkmaar striker Myron Boadu, at least according to a report from Spain.

Estadio Deportivo recently reported how the Rossoneri and Sevilla are looking at trying to sign the same duo on free transfers. The first player mentioned was 28-year-old Marseille winger Florian Thauvin, while the second is Otávio, the 26-year-old Porto playmaker who has expressed his desire to change clubs ahead of next season.

According to the same source (via Twitter), Milan and Sevilla are now both interested in Myron Boadu, a 20-year-old centre-forward who plays for Eredivisie club AZ Alkmaar. The management have done an exploratory enquiry into his situation, with possible contacts in the coming weeks.

Boadu has 12 goal contributions (11G, 1A) in 22 league games so far this season, following on well from last season in which he managed 20 goal contributions (14G, 6A) in 24 games as a teenager. With doubts over the futures of Zlatan Ibrahimovic and Mario Mandzukic beyond the end of the season, he could represent an option.