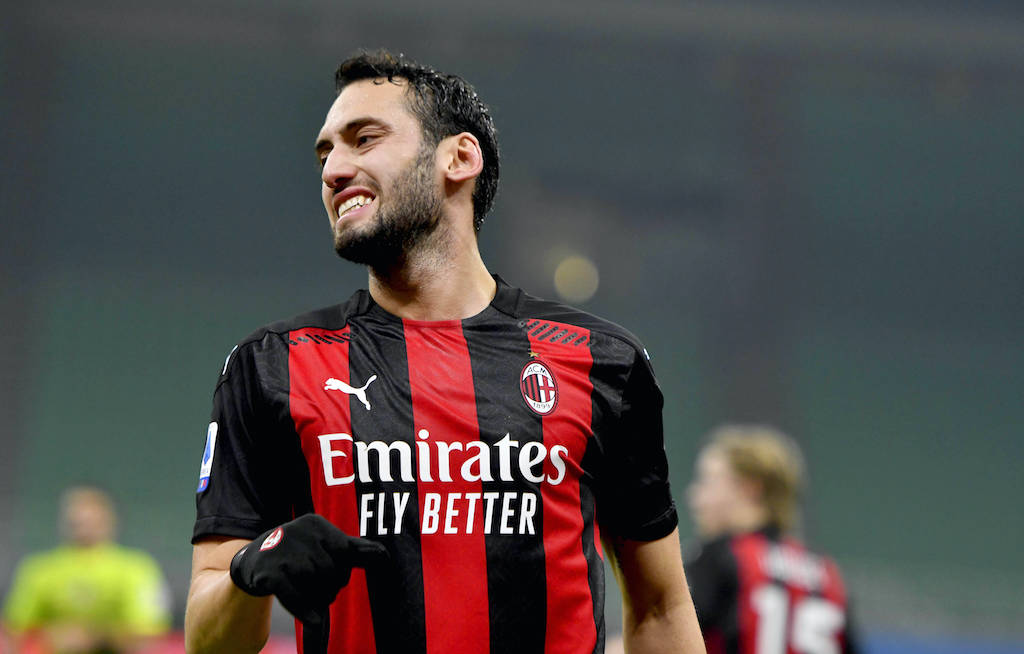 AC Milan fear that Hakan Calhanoglu has already made the decision to join Manchester United when his contract expires, a report claims.

Calhanoglu’s contract has less than 150 days left to run and given his importance to the team some might have expected his renewal to have been formalised by now, given he can sign a pre-contract with another club.

According to Spanish outlet TF, Milan have put an offer worth €4m net per season on the table but to day they have still not received a response. The player has never hidden his desire to move to the Premier League one day, and the management apparently believe he might already have an agreement with Manchester United.

The Red Devils have long been after the Turkey international, and the source writes that ‘everything indicates’ that he will be one of the signings to help Ole Gunnar Solskjaer ahead of next season.

This news comes despite the fact Ricky Massara said the club are confident of keeping both Calhanoglu and Gianluigi Donnarumma beyond the end of the season. Bild journalist Christian Falk did tell us exclusively late last year that there is a ’90 per cent’ chance that Calhanoglu ends up at United before the start of next season.