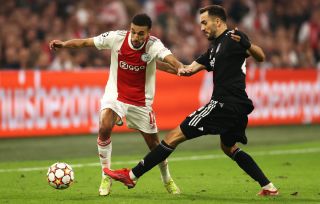 AC Milan are interested in signing Ajax right-back Nouassair Mazraoui along with two other Italian clubs, according to a report.

Milan obviously have Davide Calabria who is considered untouchable in the first choice starting XI and a potential future captain, but in the case he cannot play due to injury or disqualification there is currently Pierre Kalulu and Alessandro Florenzi as back-ups. The former may have more of a future as a centre-back, while the latter is only on loan.

According to Fichajes.net (via PianetaMilan), Milan are looking at potential longer-term solutions to the issue, and they have got Nouassair Mazraoui on their list of targets. The 23-year-old will not renew his agreement with Ajax, which will expire on 30 June 2022.

He has been compared to compatriot Achraf Hakimi and is attracting the interest not only of Milan, but also of Juventus (who are looking for a back-up for Juan Cuadrado) and Roma (who would like to replace Rick Karsdorp).

Interestingly, Mazraoui’s agent is the same as Chelsea’s Hakim Ziyech who was spoken about over the summer with the Rossoneri.