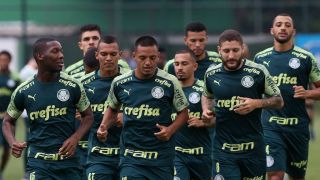 From Spain: Milan, Real Madrid and Arsenal all keen on €25m Palmeiras star likened to Neymar

AC Milan are in the race for one of the most sought-after players in Brazil at the moment, according to a report from Spain.

Spanish outlet TF claims that the Rossoneri have expressed an interest in Gabriel Verón, an 18-year-old right winger who is hoping to be the latest Palmeiras sensation to make the jump across to Europe.

He has appeared in 13 matches of the 22 that Palmeiras have played so far this season, scoring 3 goals and adding an assist, showing impressive maturity despite his inexperience.

Veron made his first team debut on 28 November 2019 when he was just 17, and a week later he scored twice and provided an assist in a 5–1 home win over Goiás, becoming the the second-youngest player to score for the club in the process.

Their report claims that his current market value is around €25m and that his sale will not end up being for less than €35-40m, with Juventus, Milan, Real Madrid, City and Arsenal are some of the teams that have already sent scouts to follow the forward, and they have issued positive reports.

Considered ‘the new Neymar’, Verón has apparently put his career in the hands of his agents and ideally he wants to move to Real Madrid, though Los Blancos are not keen on paying his asking price.

It is not the first time that Milan have been linked with Veron, as Calciomercato.it recently said the Rossoneri are keen on the winger, who recently signed a new contract running until 2025 and with a €60million release clause.

Barcelona, ​​Lyon, Manchester City, Rennes and Sevilla were all also credited with interest.