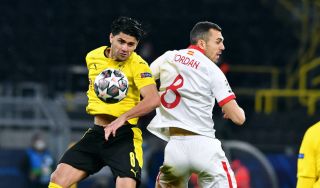 From Spain: Milan serious about landing Sevilla star and have €30m bid ready – the latest

AC Milan are serious about landing Sevilla midfielder Joan Jordan ahead of next season, according to a report.

Spanish source Fichajes are claiming that the Rossoneri have a concrete interest in landing the Spanish midfielder ahead of a possible return to the Champions League, and Sevilla boss Julen Lopetegui has told the board not to sell if possible as he is a key piece in his scheme.

The report adds that Milan would be willing to offer €30million to convince the leadership of the Andalusian team to sell, but they know that this summer there are other names who could depart to raise cash, with Diego Carlos and Jules Koundé among those most coveted.

Milan want to strengthen the team so that the squad is competitive enough to once again create headlines in the Champions League after seven years away. What Jordan’s potential arrival would mean for the future of Kessie, Bennacer, Tonali and Meite remains to be seen.