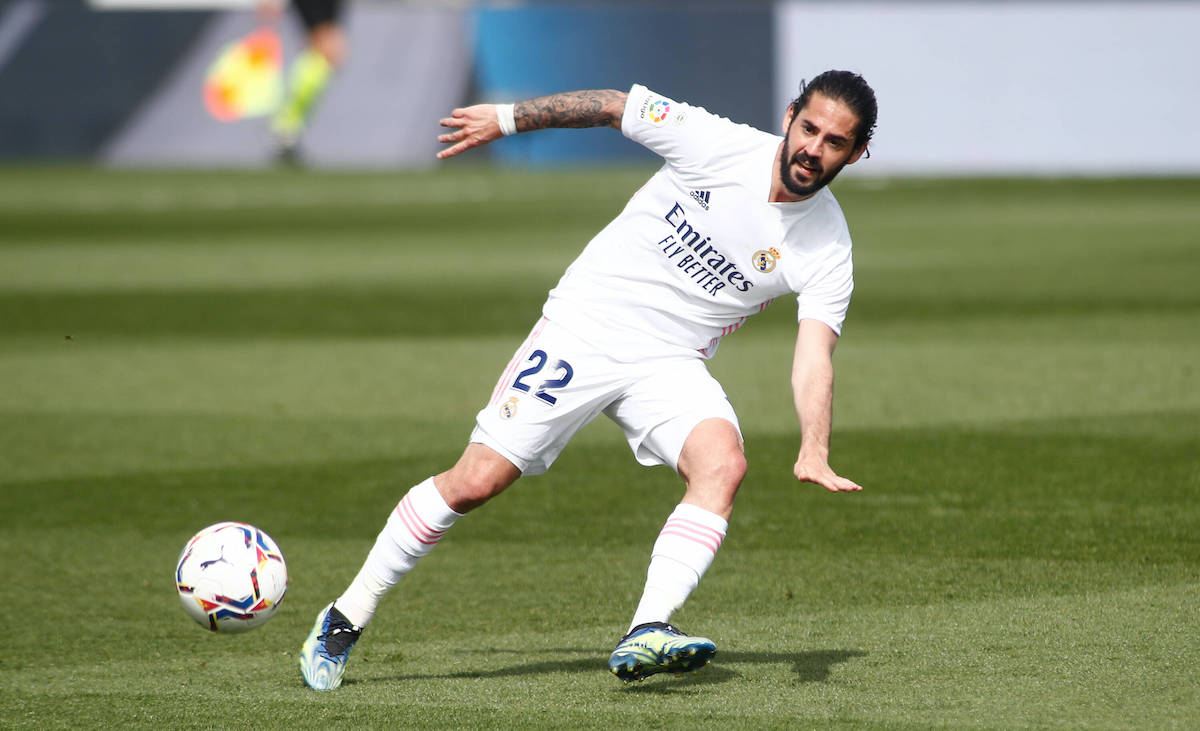 From Spain: Milan want Real Madrid forward on a free transfer but an obstacle exists

AC Milan are interested in signing Isco from Real Madrid but only if one key condition is met, according to a report.

DiarioGol in Spain writes that Isco – whose contract expires in June 2022 – is not part of the long term plans for Los Blancos and they have no intention of extending his deal. That means he could leave this summer, and one of the clubs that has shown the most interest is Sevilla. Julen Lopetegui, the last coach with whom Isco had a leading role at Real Madrid, wants him in his ranks.

However, Isco has also been presented with another very attractive option for his future as Milan are also sniffing around, where the 29-year-old would meet some of his old friends like Samu Castillejo, Theo Hernandez and Brahim Diaz.

Milan are not willing to pay a transfer fee though if they also have to keep Isco’s high salary of €7m net per season. The player’s main requirement is to keep that amount, and this is where a problem arises as Florentino Perez wants a fee for Isco.

However, if weeks go by and he can’t find a buyer for the player, he will have a decision to make.