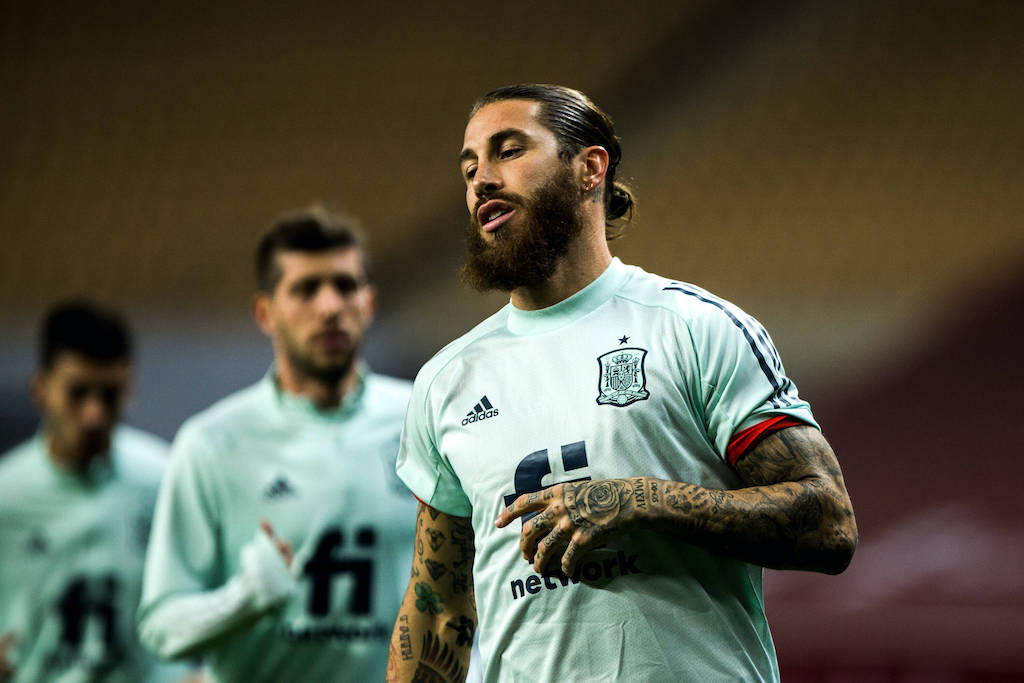 AC Milan have Real Madrid defender Sergio Ramos on their list of potential defensive reinforcements, according to a report from Spain.

It is seemingly no secret now that Milan are looking for a central defender who can be considered to all intents and purposes a starter like Simon Kjaer and Alessio Romagnoli.

Calciomercato.com recently reported how Ramos – despite being 34 – would be the perfect reinforcement for the defence and a leader that can take over once Zlatan Ibrahimovic retires.

He would expect a salary of just under €10million net per season, an enormous amount for this Milan, but taks between his agent and Maldini have already taken place.

According to what is being reported by Fichajes.net, Milan are indeed monitoring Ramos’ situation however they would prefer to sign a young centre-back in the upcoming window.

The source also adds that Chelsea’s Thiago Silva is considered a ‘viable option’ also by the Rossoneri management.