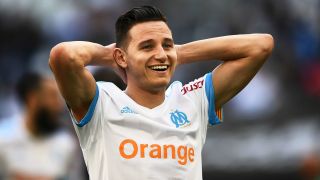 From Spain: Sevilla hatch a plan to sign Marseille star and beat Milan to long-time target

AC Milan could miss out on Marseille winger Florian Thauvin as Sevilla want to get a deal done in the current window, a report claims.

Calciomercato.com reported late last year that Milan have tabled a four-year contract worth €3m net per season, with the idea being to bring him in for next season and avoid paying a transfer fee.

Paolo Maldini seemingly publicly declared interest in Thauvin just before that report came out, much to the annoyance of Marseille boss Andre Villas-Boas, and speculation has continued that Milan want the 27-year-old.

According to Estadio Deportivo (via MilanNews) though, Sevilla are trying to beat everyone in the race to land Thauvin, including Milan.

The Andalusian club will try to sell Franco Vazquez in the coming days as well as Carlos Fernández, and from the exit of the aforementioned duo they hope to have the money needed to buy Thauvin in January.