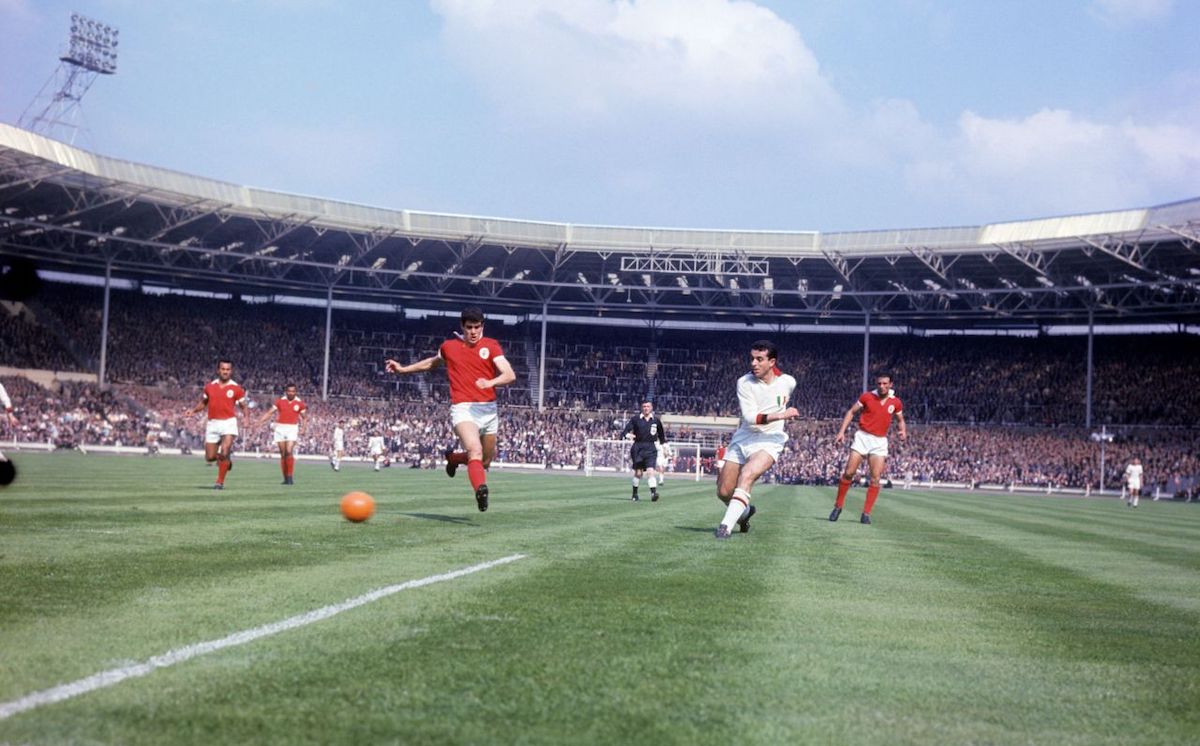 From the home of football to the Spanish capital: Memorable football stadiums for AC Milan

Throughout Milan’s over 120-year history full of illustrious moments and glorious triumphs, there are some nights that stick out more than others.

A.C. Milan’s 18 FIFA and UEFA trophies is the fourth highest out of any club (joint with Boca Juniors), and the most out of any Italian club. The Rossoneri have won three Intercontinental Cups, one FIFA Club World Cup, seven European Cup/Champions League titles, the UEFA Super Cup a joint-record five times and the Cup Winners’ Cup twice. In addition to that, Milan have 18 league titles and have won the Coppa Italia five times, and the Supercoppa Italiana seven.

“We’ll be a devilish bunch. Our colours will be fire-red and black, to scare our opponents!” These were Herbert Kilpin’s words when he formed AC Milan on December 16, 1899. After defeating Genoa 3-0 at Ponte Carrega a year and a half later, the Rossoneri were crowned Italian champions for the first time.

The Rossoneri’s past and the men who helped write it – whether they were leaders, coaches or footballers – are now legends. From Englishman Alfred Edwards, who led the club to its first league title, and Andrea Rizzoli, the first President of AC Milan and an Italian team to win the European Cup in 1963 at Wembley, one of the world’s most famous football stadiums, to Silvio Berlusconi, the president with the most success in Italy, Europe and around the world.

A great club can also be identified by its particular playing culture, the style it embraces, the way it conducts itself and the creative push provided to it by its leaders. It’s no coincidence that other Rossoneri successes have spawned new ideas about how football should be played in different eras and decades. And those on the AC Milan bench have played a vital role in this: the best coaches have led the Rossoneri in Italian football. Gipo Viani, Nereo Rocco and Nils Liedholm paved the way for Arrigo Sacchi, Fabio Capello and Carlo Ancelotti, who inherited impressive legacies when attempting to play modern football.

AC Milan won one Scudetto, two European Cups, two European Super Cups and two Intercontinental Cups under Sacchi, winning all of their international finals. It was this guy who brought the best out of individuals, resulting in three Rossoneri players finishing first, second and third in the Ballon d’Or in 1988 (Van Basten, Gullit and Rijkaard) and 1989 (Van Basten, Baresi and Rijkaard).

The club’s fortunes took a downward spiral in recent years. Still, this sleeping giant appears to be awakening as they had their best season for many a year, qualifying for the Champions League in the process.

Although their head coach believes they performed above and beyond their capabilities, many believe he is playing things down so that the team doesn’t have too much pressure on the next season. No doubt they are spurred on seeing their bitter rivals Inter Milan lift the league trophy this season. The future looks bright for Milan, and they are starting to build something special once more. However, let’s return to and rejoice at some of their glory nights of old and look at the stadiums they have graced.

AC Milan won their first European Cup (now the Champions League) at the home of football in 1963. José Altafini scored eight goals in the 1962/63 European Champion Clubs’ Cup first round against US Luxembourg. Still, his two goals for AC Milan in the final against SL Benfica at Wembley were much more critical. Altafini scored 14 goals in the tournament, including eight in the first round against US Luxembourg, as Nereo Rocco’s side beat Ipswich Town FC, Galatasaray SK and Dundee FC to reach the final.

SL Benfica, hoping to win the competition for the third time in a row, had a much more difficult journey to Wembley. After defeating IFK Norrköping thanks to a Eusébio hat-trick, the holders narrowly defeated Dukla Prague and Feyenoord 2-1 and 3-1 on aggregate to reach the final.

The final itself pitted two Goliaths in centre forwards Altafini and Eusébio against each other. The latter scored first in the first half, but the former equalised in the second, twice running on Rivera’s passes to hand Milan a 2-1 win.

AC Milan put an inexperienced AFC Ajax side to the sword at the Santiago Bernabéu Stadium in Madrid, with Pierino Prati scoring the first European Champion Clubs’ Cup final hat-trick since Ferenc Puskás in 1962.

The Italian side’s 2-1 aggregate victory over Manchester United was made all the more impressive because they managed to keep Denis Law from scoring. The Scottish international scored seven goals in United’s 10-2 thrashing of Waterford United FC and two more against RSC Anderlecht in the second round. Whatever the case, Nereo Rocco’s team advanced to the final after defeating IFK Malmö FK and Celtic FC.

In a quarter-final replay, Rinus Michel’s team defeated SL Benfica 3-0, with two goals from a young Johan Cruyff. This comes after the team overcame a 3-1 deficit in the first leg by winning the second leg by the same margin in Lisbon. Ajax then beat FC Spartak Trnava of Czechoslovakia 3-2 on aggregate in the semi-finals, one of the few Eastern European teams to escape a tournament boycott. Yet the Dutch side’s inexperience would tell against them on the big day.

These two wins at these iconic stadiums paved the way for the glory days at AC Milan. Many feel it is only a matter of time before they reclaim their place back at the top. If they can match the ambition of their ageless star striker Zlatan Ibrahimovic, they will surely go places.