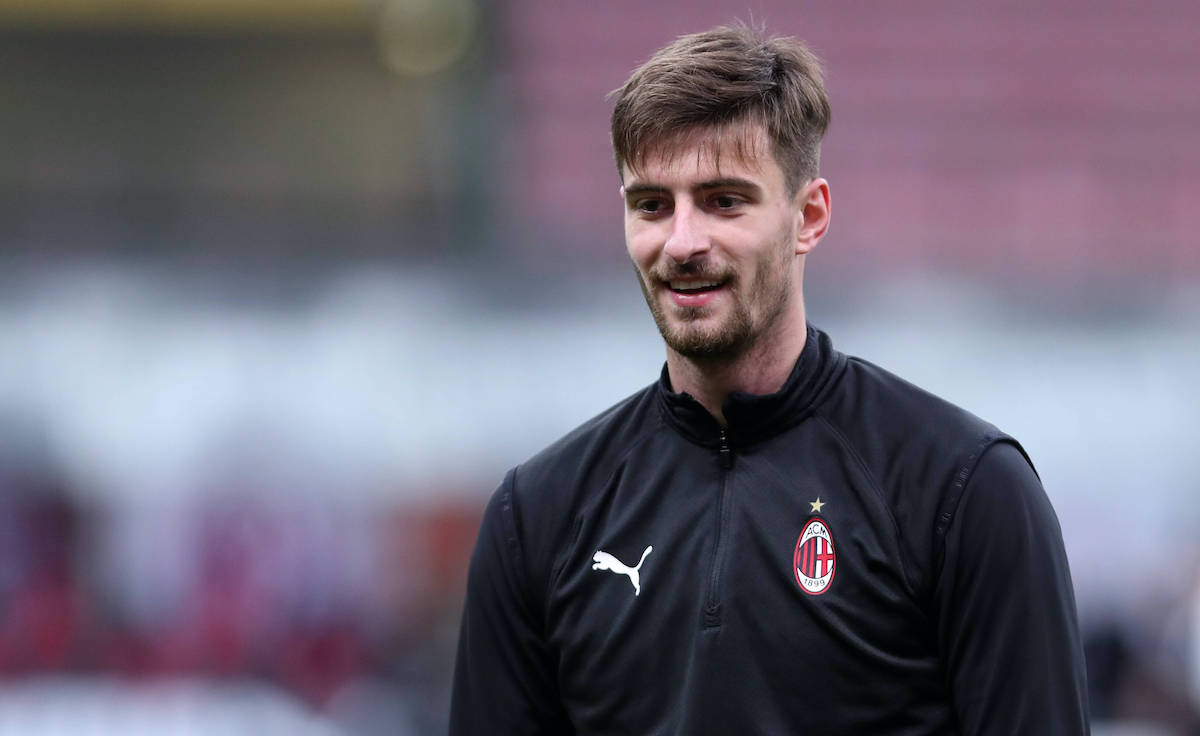 AC Milan defender Matteo Gabbia has revealed that his knee injury caused him to cry, as he reflected on his time at the club so far.

Milan have been without various key members of their squad due to muscle problems, but one long-term absentee has been Gabbia. The young centre-back suffered a knee problem that has kept him out since the 2-2 draw with Parma back in mid-December.

That was the same game that saw Ismael Bennacer come off with a thigh issue that has also kept him out until recently, and with the Algerian set to return to the starting XI tomorrow it is quite fitting that Gabbia is almost back too.

The Italy U21 international spoke at the Marco Pantani high school in Busto Arsizio, where he graduated, with his words conveyed by MilanLive.

Gabbia talked about his career, starting with the injury: “I started crying because I thought I had broken the cruciate ligament in my knee. At that moment I was very agitated and worried.. Then, luckily, things worked out for the best and after two months I’m ready to take the field again.”

“In this sense Zlatan is an example. He always gives his best to get the best. Mainly it makes us understand that behind every success there is always hard work.”

On his Serie A debut against Torino earlier in 2020: “It all happened so quickly that I didn’t have a chance to think. I took off my training clothes and went out to do my job. Rather, I realised after the game, when the adrenaline went down. There I realised that I had made my dream come true.”

On that dream: “There has never been an age were I realisedd that I can become a professional footballer. I’ve always put a lot of passion and perseverance into it. Even today that I have reached high levels and have taken away some of the dreams I had as a child, I think it is still important and fundamental to maintain this point of view, in my work as in life.”