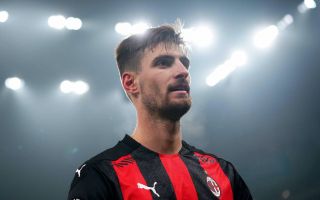 Gabbia stresses unity of the squad after hard-fought Sampdoria win: “We love each other”

Defender Matteo Gabbia has declared that he and his team-mates are ‘thrilled’ with their victory over Sampdoria at the Stadio Luigi Ferraris.

Milan claimed yet another three points this evening as Franck Kessie and Samu Castillejo found the back of the net against Sampdoria. It was not the most glamorous performance, but nevertheless a very important win.

The result means that Milan are five clear at the top again and seven points above Sassuolo in fifth place, with a home game against Parma in a week’s time the next Serie A game on the slate.

Gabbia was awarded Man of the Match for his performance in our player ratings, scoring a 7.5 out of 10 with the following comment: “It’s obviously a big blow not to have Simon Kjaer available but the youngster proved that he can fill the Dane’s shoes. Fantastic performance and he should be really happy with it.”

He was interviewed by Milan TV at the end of the game, with his comments transcribed by MilanNews.

“We are thrilled with the game we played. We are sorry for the goal conceded and the last few minutes of difficulty. But we want to continue like this,” he said.

On the competition for places: “The more experienced players like Ibra, Kjaer, Romagnoli and Donnarumma help us a lot. We work hard and we love each other, replacing very strong players with good performances is the best thing.

“I am happy with the match we played today, sorry for the goal conceded. I try to work every day to improve the defects I have and I hope that my growth can continue in the best way.”