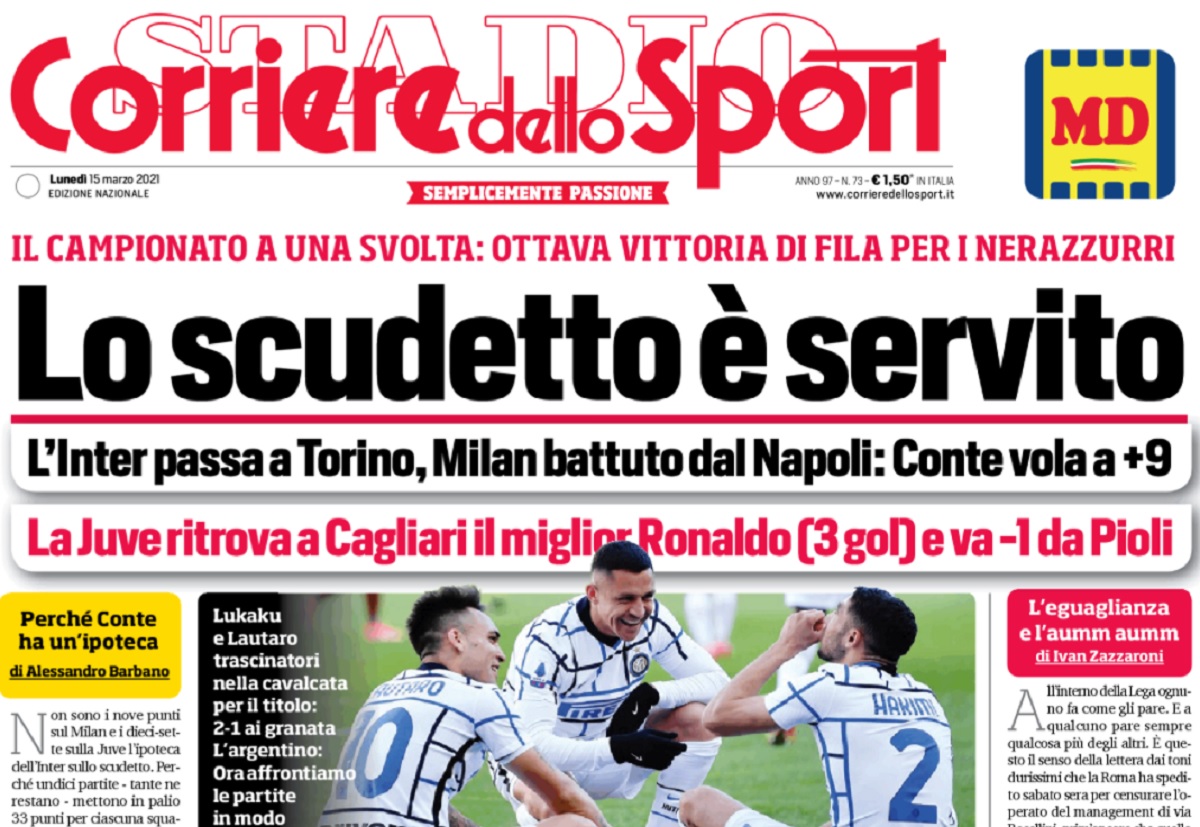 Milan failed to get a good result in their encounter with Napoli last night, losing by the odd goal after lacking a lot in the attacking phase. As a result, the race for a top-four finish is now tougher than ever.

As Roma lost, while Inter and Juventus won, the Rossoneri really needed the three points to assert themselves in second place. Instead, they are now just a few losses from dropping out of the top four, which would be disastrous.

Gazzetta Dello Sport wrote “Gattuso success, penalty denied to the Devil: Champions storm” on their front page. Tuttosport’s headlines were similar with “Gattuso, joke of the devil. But it’s Milan fury.” Clear messages, in other words.

Corriere Dello Sport wrote “The Scudetto is served. Inter passes in Turin, Milan beaten by Napoli. Conte flies to +9”. Take a look at the front pages in the gallery below.