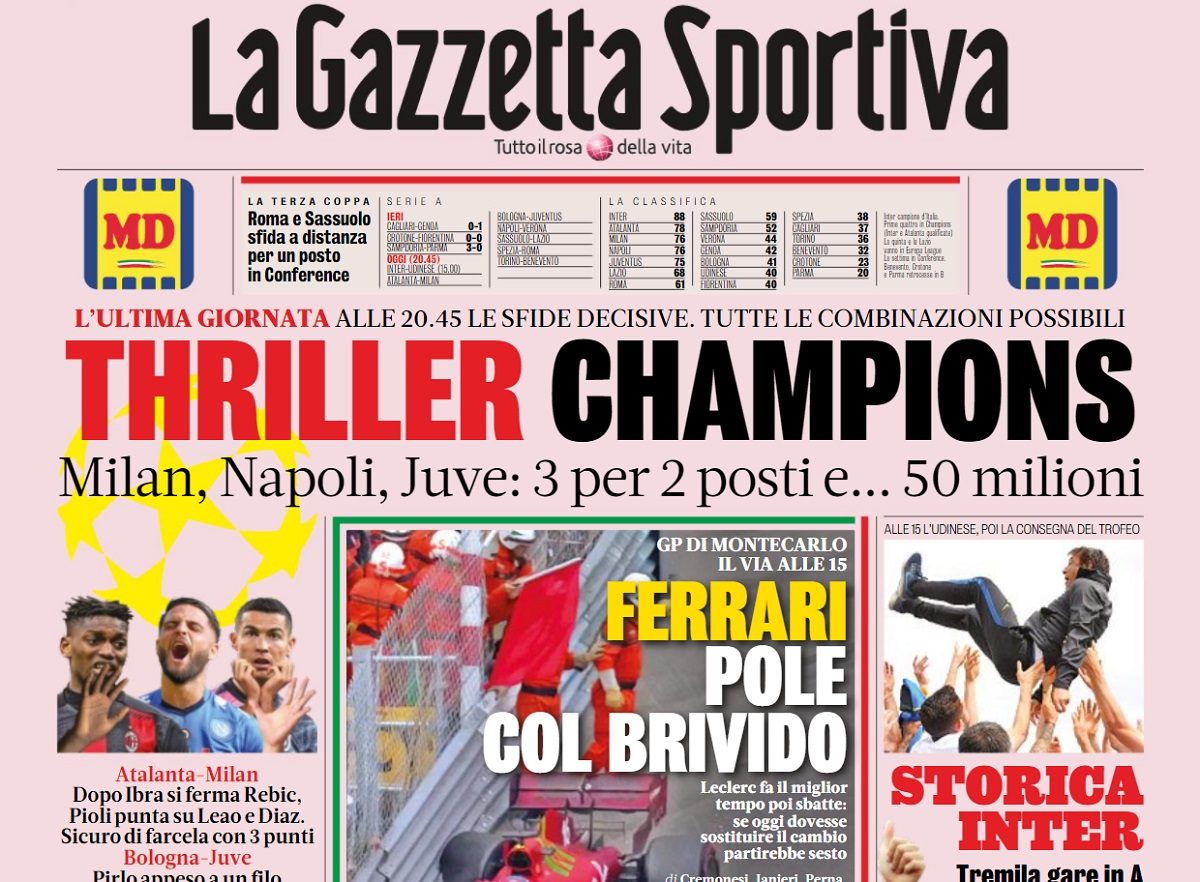 It’s an important night for Italian football as three teams will be battling it out for the last two Champions League spots: Juventus, Napoli and Milan. The latter have the toughest opponent of them all, taking on Atalanta.

The Rossoneri need to win their game in order to secure Champions League qualification, which would be a return after seven years out of the competition. That is, of course, that both Napoli and Juventus get the job done in their games.

The Partenopei will face Hellas Verona at home while the Bianconeri will face Bologna away from home. There’s no doubt that Stefano Pioli’s men will have to go into tonight’s game with the intention of winning, without thinking of any favours.

Corriere Dello Sport had a similar focus on their front page: “Two Champions League places for three teams, and after ten years the Bianconeri are at risk”. Take a look at the newspapers in the gallery below.

READ MORE – Watch: Milan fans amaze with another gathering at Milanello ahead of Atalanta clash