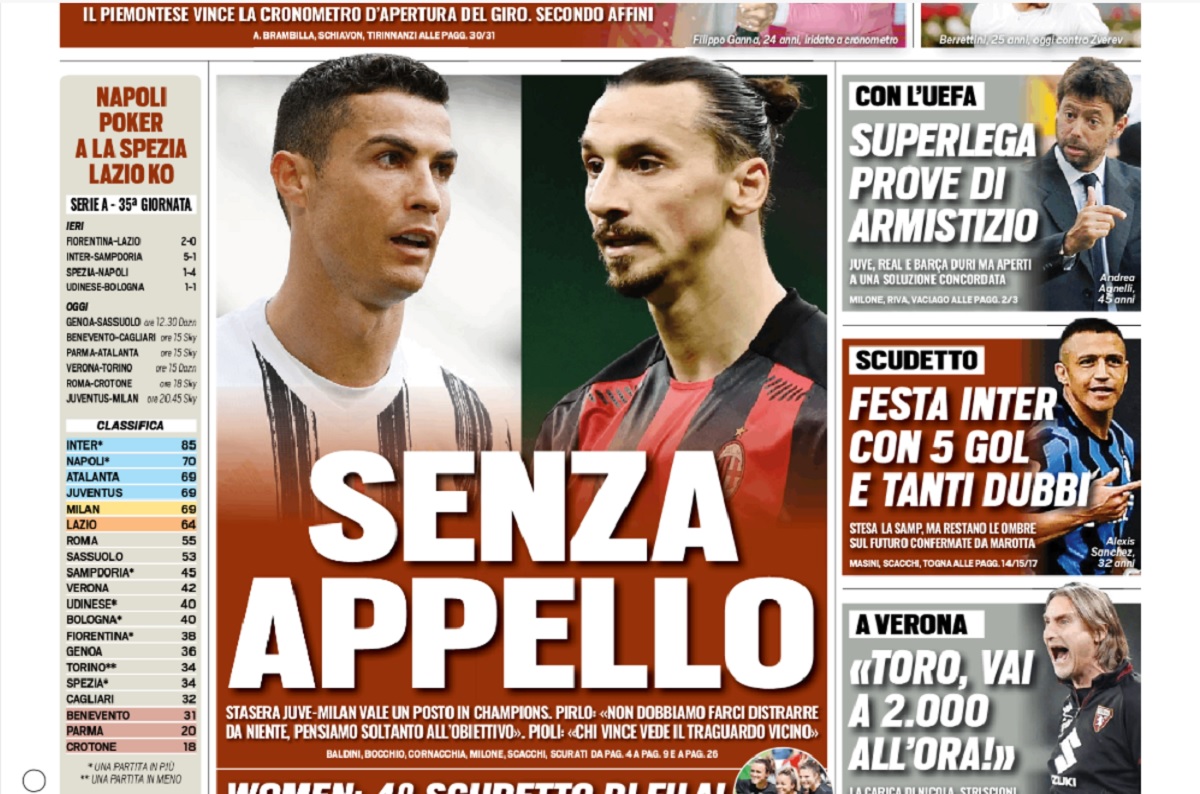 Milan will take on Juventus away from home this evening and given the importance of the fixture, especially this season, the newspapers focused on the game this morning. Certainly, it should be a close affair.

The Rossoneri were bumped down to fifth place as Napoli managed to beat Spezia by a convincing scoreline yesterday. The pressure is also on Juventus, therefore, as Napoli are now in second place.

Gazzetta Dello Sport gave some space to the big game on their front page, stating: “Last stop at Allianz Stadium. Juve-Milan a thriller between Champions League and Super League”.

Corriere Dello Sport added: “Juve and Milan leapfrogged [by Napoli], they will compete in a play-off tonight”. Tuttosport focused on the fact that it’s the last chance for these two sides as: “Tonight Juve-Milan is worth a place in the Champions League”.

READ MORE: Hundreds of Milan fans present at Milanello to send team off before Juve game