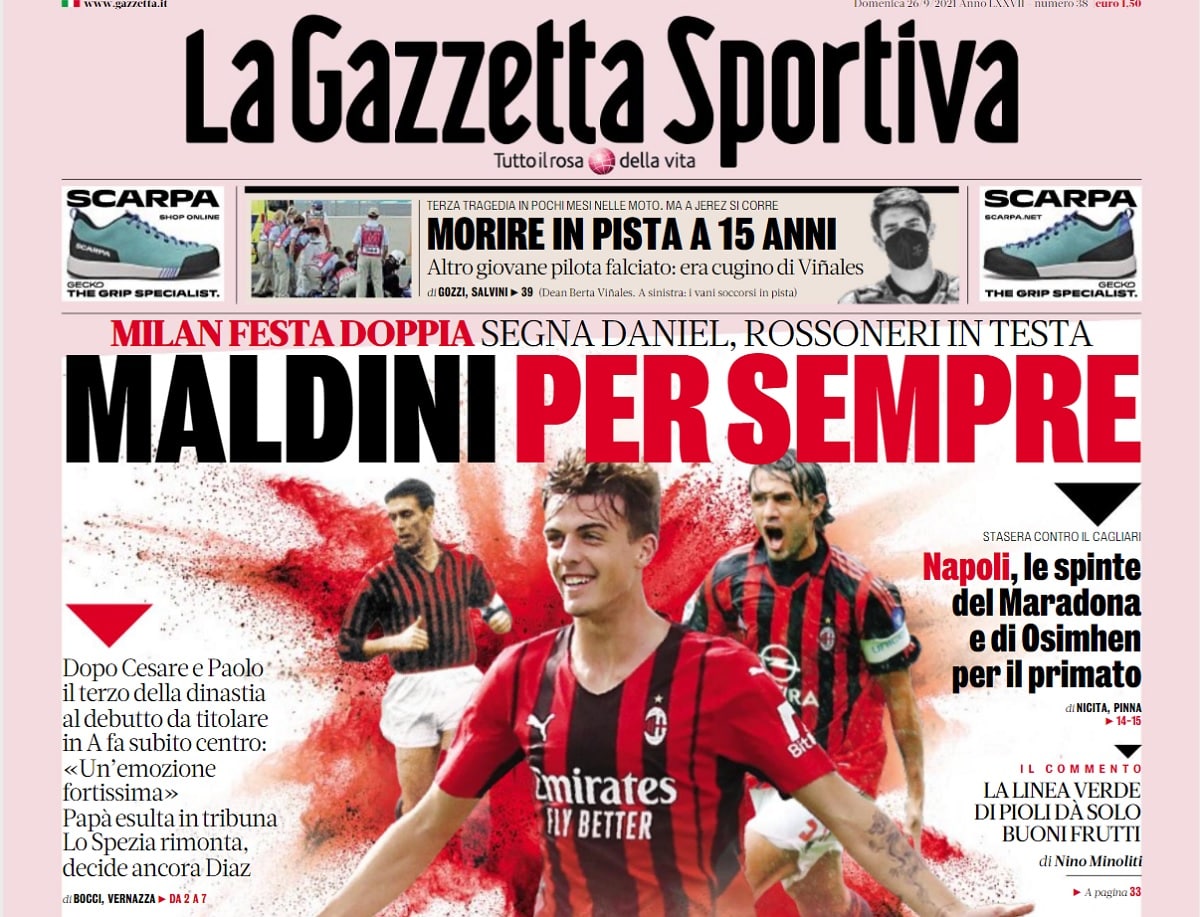 AC Milan claimed their fifth win of the season last night as they managed to beat Spezia by two goals to one. Daniel Maldini, making his first league start for the club, got on the scoresheet with a nice header.

In addition to the three points, the fact that Maldini scored has resulted in some extra celebration. And of course, on the front pages of today’s newspapers, the focus was on the No.27.

Gazzetta Dello Sport wrote the following on their front page: “Maldini forever. Milan double party. Daniel scores, Rossoneri in the lead. After Cesare and Paolo, the third of the dynasty gets off the mark immediately. A very strong emotion. Dad celebrates in the stands”.

Tuttosport wrote: “Milan dynasty. First goal in Serie A for Daniel Maldini, increasingly following in the footsteps of grandfather Cesare and father Paolo”. And finally, Corriere Dello Sport stated: “The devil’s grandson. From Cesare to Daniel, passing through Paolo: it is the dynasty of Milan”.