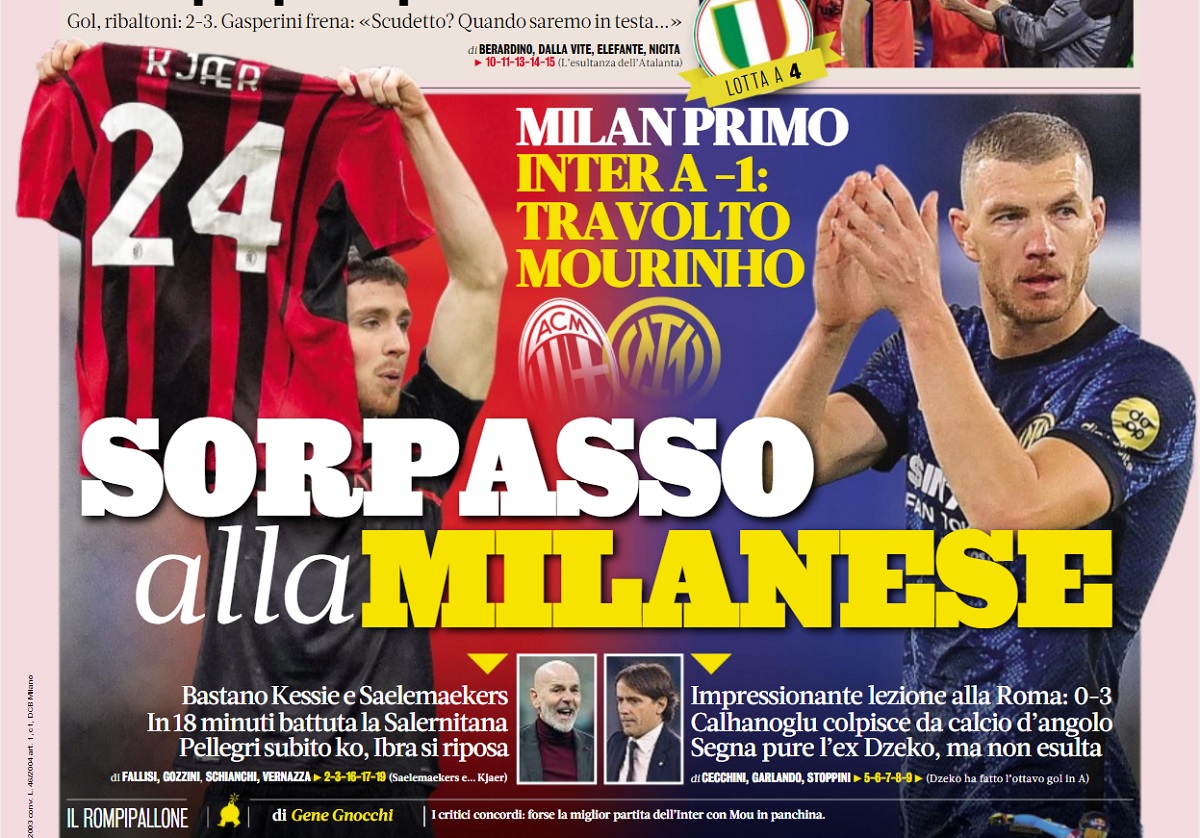 Milan managed to follow up the dominant 3-0 win against Genmao with another dominant display against Salernitana. It may have ended 2-0 but the Rossoneri really should have won that game by at least three goals.

Stefano Pioli was very pleased with the performance (read here) and Milan are now top of the standings. Napoli lost their game against Atalanta by three goals to two and thus the win was enough for the Rossoneri.

Gazzetta Dello Sport wrote the following on their front page this morning: “Milan in first, Inter are -1. Kessie and Saelemaekers were enough. 18 minutes to beat the Salernitana”.

Tuttosport had a similar headline: “Milan are back in the lead. Atalanta overturns Napoli, gets the fifth victory in a row and allows Milan to jump to the top”. Corriere Dello Sport, meanwhile, wrote the following: “Double overtaking”.