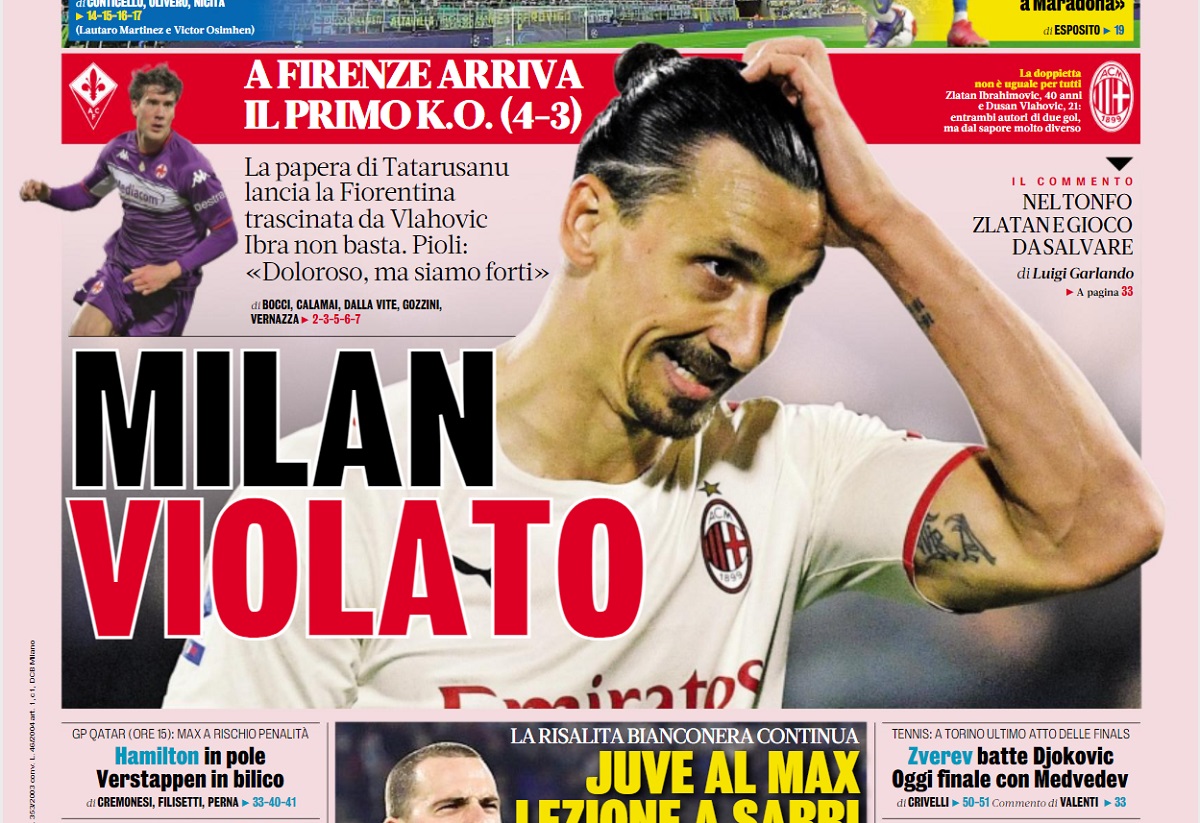 AC Milan suffered their first defeat of the season in the league yesterday, conceding four goals against Fiorentina away from home. Mistakes cost them dearly and you can understand that there is a great amount of frustration.

The Rossoneri gifted two goals to the home side and the first mistake by Ciprian Tatarusanu set the tone of the game. In short, they made it impossible for themselves to get even a point out of the encounter.

Rightfully so, the newspapers praised Fiorentina and had some harsher words for Milan this morning. Gazzetta Dello Sport wrote the following: “Milan violated. The first knockout arrives in Florence. Tatarusanu’s howler launches Fiorentina. Ibra is not enough”.

Tuttosport wrote this about the game: “AC Milan made purple. Fiorentina fatal for Pioli: spectacular match, two goals from Vlahovic and Ibrahimovic”. Corriere Dello Sport had a similar headline: “Milan made purple. First defeat in the league for the leaders. A super Ibra is not enough for Pioli”.