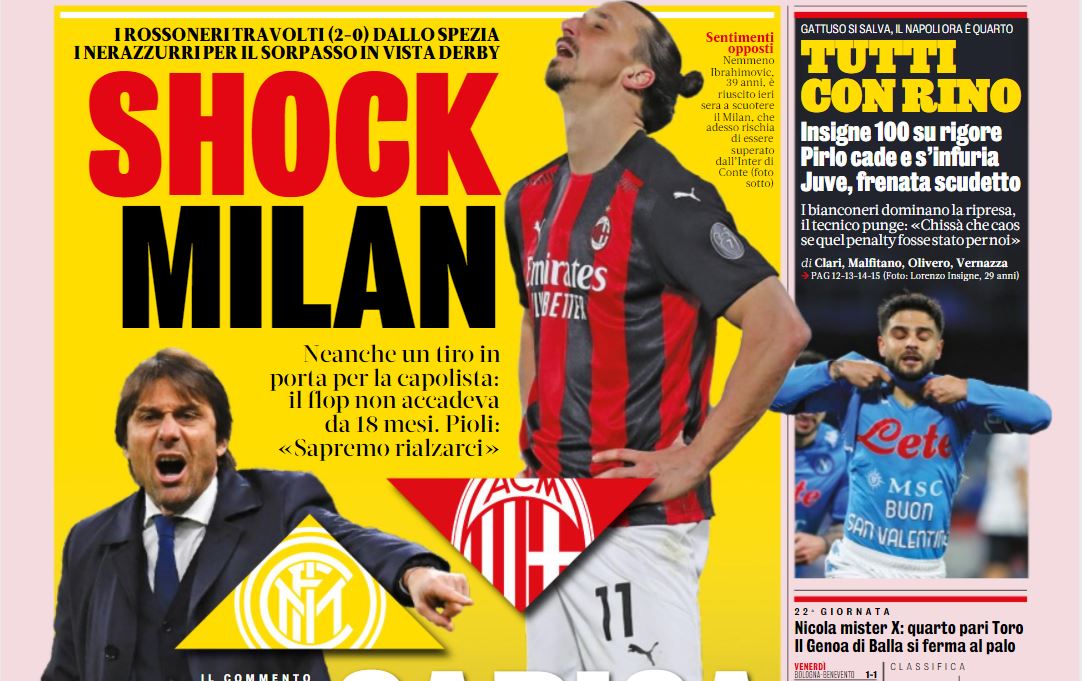 Milan suffered a humiliating loss away to Spezia last night as the latter won the game by two goals to nil, completely outplaying their opponents in the process. In fact, the Rossoneri didn’t even have a shot on target.

The reactions in the newspapers this morning, as you would expect, were far from flattering for Milan and that is certainly justified. They now have a lot to work on ahead of the derby on Sunday next week, which will be decisive.

Gazzetta Dello Sport branded the game as a ‘shock’ and explained that Milan were ‘overwhelmed by Spezia, not even a shot on target’. Tuttosport praised a ‘fabulous’ Spezia side for the performance and stated that ‘Milan collapsed’.

Corriere Dello Sport had ‘Scudetto prank’ on their front page, referring to both Milan and Juventus. La Repubblica and QS went along the same lines, stating ‘Milan and Juve fall, Inter see the top’ and ‘Spezia surprise, Milan collapses and risks being overtaken today’ respectively. Take a look at the gallery below.