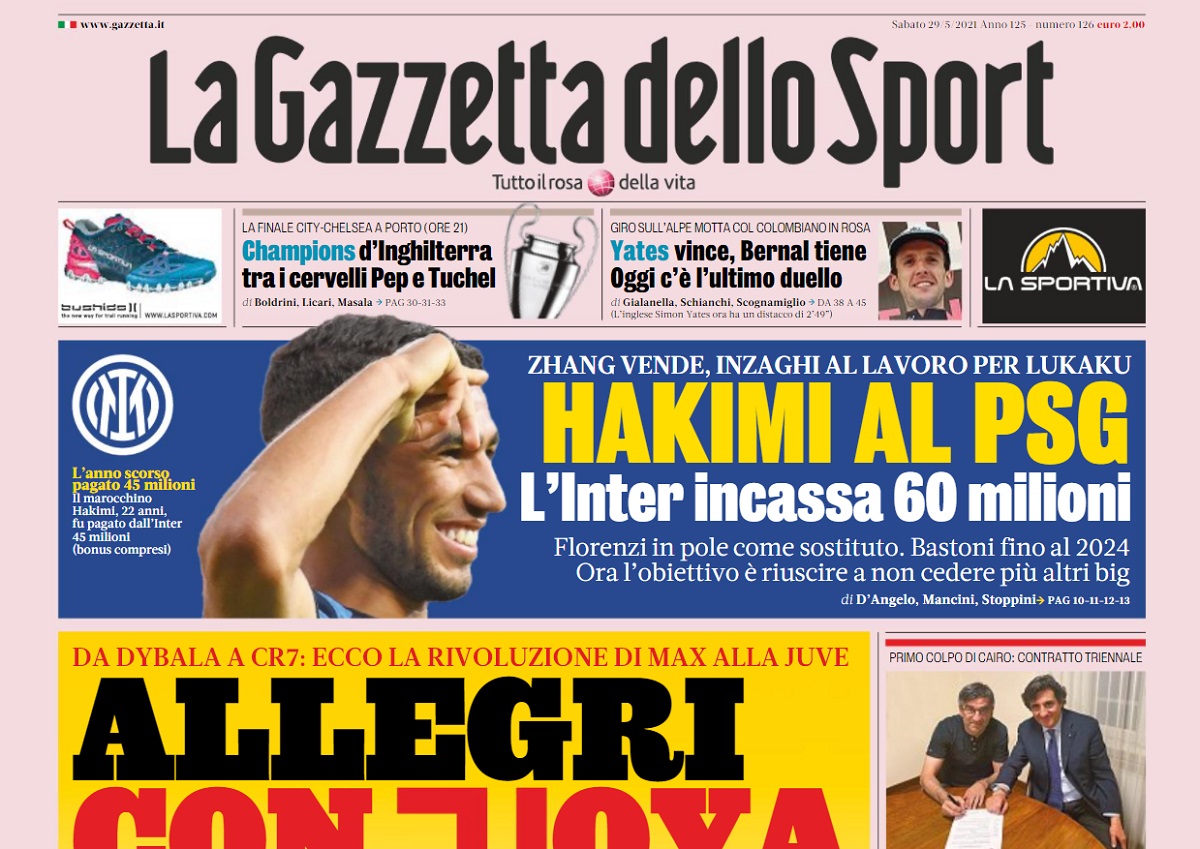 Milan are currently preparing for what could be a tasty transfer window after securing their return to the Champions League. Several targets are on their wish list, but they also want to keep the stars they already have.

And among these stars, Stefano Pioli is present as the Rossoneri are preparing a renewal for the former Fiorentina boss. The current deal will expire next summer and Milan want to keep him until at least 2023.

Today’s edition of Gazzetta Dello Sport highlighted this on the front page: “Milan accelerate to renew Pioli”. Tuttosport decided to focus on one of the Rossoneri’s targets instead, with a swap deal eyed: “Hauge to Udinese to get De Paul”.