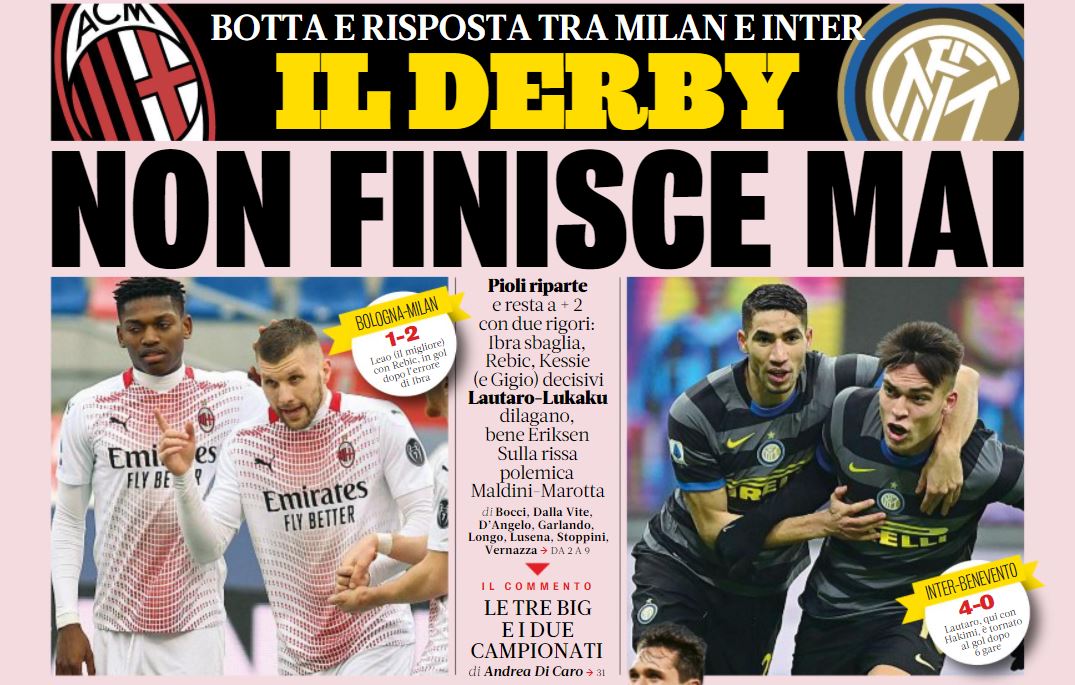 After two consecutive defeats, between Serie A and Coppa Italia, Milan bounced back with an important win away at Bologna yesterday. In other words, they are still in first place in the standings, with Inter two points behind.

The city rivals keep putting pressure on each other and it will be very interesting to see if they can keep this up until the derby. If so, that clash would be incredibly important for both sides in the Scudetto race.

The Italian newspaper, on their front pages, praised Milan this morning. Gazzetta Dello Sport wrote “The derby never ends”, also highlighting that the Rossoneri are back in track. CorSera added: “Milan, Inter, Juve: the race in the lead continues”.

Tuttosport wrote “Milan do not lose their heads” and praised them for the response after two losses. CorSport focused on the penalties, saying: “Ibrahimovic is wrong, Kessie is not”. Finally, QS highlighted the battle with Inter: “Head to head, Milano flies”.